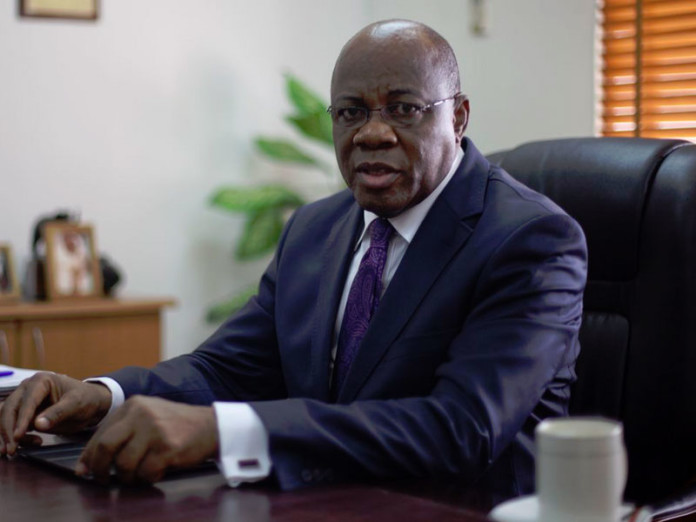 A Lagos based maritime lawyer and former President of the Nigerian Bar Association (NBA), Mr. OlisaAgbakoba, SAN has urged the Federal Government to appoint a minister to solely oversee the maritime industry.

Agbakoba stated that the appointment of a minister for the maritime industry would enable issues concerning the sector to be given the needed attention for the benefit of the economy.

The lawyer advocated this in his office in Lagos and submitted that the maritime industry should be separated from transportation sector because it was a large sector on its own.

He maintained that there was need to separate the maritime industry from other aspects of the transportation sector which included ports, terminal operators, maritime transportation, cargo and freight, seafaring, haulage and others where huge amount of revenue were generated apart from crude oil.

He expressed dismay that a lot of money was being lost in the maritime industry because there was no minister at the federal level specifically devoted to the industry.

According to him, stakeholder in the maritime industry had called for the review of all legal, institutional and regulatory frameworks, implementation of policy for Inland Container Depots, cabotage regime, pending bills, Nigeria Shipping Policy of 1987 and establishment of a national carrier.

Agbakoba stressed that the opportunities would boost the economy, job, build capacity in shipping, huge revenue generation other industries such as steel, agriculture, oil and gas and manufacturing which were tagged as Maritime Action Plan (MAP) to be presented to President Muhammadu Buhari.

While appealing to the Federal Government to appoint a substantive minister for the sector, he said due to the dependence on oil, agriculture, manufacturing and shipping sectors had been neglected which negatively affected the economy.

He noted that the maritime stakeholders were now under the Nigerian Shippers’ Council as the ports economic regulator in order to devise the plan called MAP 2015 and look at critical sectors.

He also urged that arbitrary increase in port charges by terminal operators which made the ports uncompetitive should be stopped and stakeholders must address the constraints of disbursement on Cabotage Vessel Financing Fund (CVFF) in the interest of the economy.

Managing Partner Arbitration and ADR in Agbakoba’s chamber, Mrs. Priscilla Ogwemoh said the chamber had canvassed for issues like the MAP and many others which needed urgent implementation in the industry to boost the day-to-day activities in the port and there should be workshops/conference in place.

She added that the maritime operation co-ordinating board could address many issues in the industry by encouraging them to come back to life.