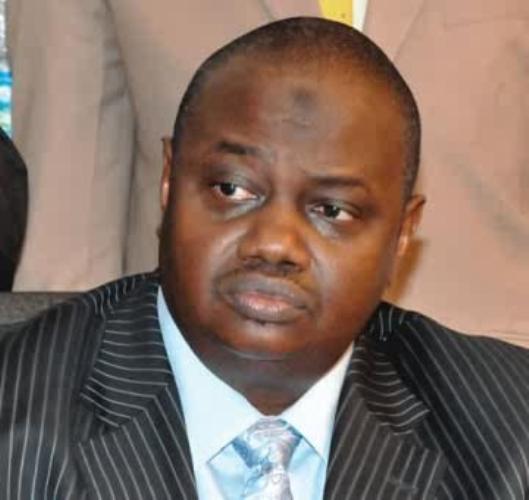 The Aisha Buhari named in the bribery scandal involving a U.S. Congressman, Williams Jefferson, is not the Aisha that is President Muhammadu Buhari’s wife, a former chairman of the Economic and Financial Crimes Commission, Ibrahim Lamorde,

“I can tell you authoritatively that the Aisha Buhari named in that case is not President Buhari’s wife,” Mr. Lamorde said when contacted Tuesday morning. “It is another Aisha Buhari entirely.

“I was the director of operations at the EFCC at the time so I know about the case very well. I can tell you that it is not her (President Buhari’s wife). That much we established.”

Mr. Lamorde, who was EFCC chairman until he was removed in December 2015 by President Buhari, is currently on course at the National Institute for Policy and Strategic Studies (NIPSS).

PREMIUM TIMES contacted him for clarification following the claim by Ekiti State Governor, Ayodele Fayose, on Monday, that the Aisha Buhari mentioned in court documents to have  transferred $170,000 to the convicted American politician is President Buhari’s wife.

In a statement by his Chief Press Secretary, Idowu Adelusi, Mr. Fayose had accused President Buhari of being corrupt.

“Even the President cannot claim to be an angel,” the governor said, in reaction to the freezing of his Zenith Bank account by the Economic and Financial Crimes Commission.

“The estate he built in Abuja is known to us. His wife was indicted over the Halliburton Scandal (sic). When that American, Jefferson, was being sentenced, the President’s wife was mentioned as having wired $170,000 to Jefferson. Her name was on page 25 of the sentencing of Jefferson. We can serialize the judgment for people to see and read.”

The governor’s Special Assistant on New Media, Lere Olayinka, later circulated copies of the court document which named one  Aisha Buhari as being involved in the Jefferson scandal.

The documents showed that in some of the exhibits tendered in convicting Mr. Jefferson of bribery, the Aisha Buhari was mentioned as transferring $170,000 to the American politician using a firm as proxy.

“Government Exhibits 36-87 (6/26/02 $170,000 wire transfer from account in Nigeria in the name of Aisha Buhari to an account in the name of The ANJ Group, LLC, identifying “William Jefferson” as Beneficiary),” the U.S. Government Sentencing Memorandum said on page 22.

The U.S. had at the time requested Nigeria to help it investigate the Nigerians named in the scandal, and Mr. Lamorde, as director of operation at the EFCC at the time, coordinated that investigation.

“It is unfair to link the President’s wife with that case,” he said. “She was definitely not the one involved, and Fayose and other Nigerians should know this.