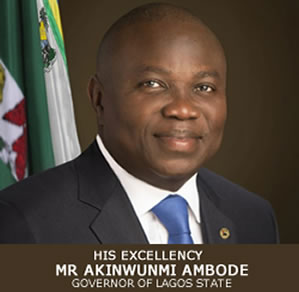 The Lagos State Government has identified the Africa Code Week as a digitally revolutionary approach to get the youth acquainted with the required skills set to face future workplace/technological developments.

The ACW is a continent-wide initiative to spark the interest of African children, teenagers and young adults in software coding.

Spearheaded by SAP as part of its social investments to drive sustainable growth in Africa, the event involves hundreds of schools, teachers, ministers, community centres, code clubs, non-governmental organisations, businesses and non-profits getting together to give birth to the largest digital literacy initiative ever organised on the African continent.

Speaking at the commencement of the @AfricaCodeWeek 2016 in Lagos, the state Commissioner, Science and Technology, Mr. Femi Oduniyi, said the programme was appropriate and critical to the state’s plan to empower the youth.

He said that it was critical to the state’s plan given SAP’s long-term goal through the ACW to empower over 200,000 teachers and positively impact the lives of five million children and youths over the next 10 years.

Oduniyi said, “One of the things that drive this government is the action to grow and empower our youths. One of the areas through which we can articulate that is through Information and Communications Technology. We are in the era of digital revolution. This government wants to ensure that we do not miss out of that revolution; we want to empower our future leaders who are the youth of today.

“We want to help them to develop their creativity and be able to think out of the box. Today, they are using coding tools; tomorrow they will be empowered to do more than that by developing programmes on electronic health, security apparatuses, and so forth.  What is being imbedded in them today are skills required for the future.”

While reflecting on the ICT/coding curriculum for schools in the state, the commissioner said that ICT was consistently changing the environment, hence the state was moving with the trend.

“This is the principal reason why the state adopts programmes like the Africa Code Week. We want to enhance the capacity of our teachers to be relevant,” he said.

To the participating teachers, Oduniyi said, “The teachers are the first beneficiaries; thus, they are being empowered. What they are doing now is to get the required skills to develop the future cognitive thinkers.  They are trailblazers who are going to lead the digital revolution in Lagos State.”

With the distinction of being the fastest growing digital consumer market on the planet, Africa continues to embrace new technology and digital trends as estimated.

For example, there will be 360 million smartphones users in Africa by 2025. There are 100 million African people active on Facebook every month; and 40 per cent of African businesses are in the planning stages of a big data project, and 31 per cent of all Africans live within 25 kilometres of fibre node.

To this end, Familusi said, “We have to emphasise digitisation, youth and the skills gap in Africa. Today’s millennial generations are truly digital natives. Over the next 25 years, it is estimated that Africa’s working-age population will double to one billion, exceeding that of China and India, with 122 million people to be added to the workforce by 2020.

“It is also estimated that less than one per cent of African children currently leave school with basic coding skills.”

He added, “Moving forward, coding skills will almost become like the Math and English. That is what we see and we are trying to address it.

“At this point in time in Africa, less than one per cent of school leavers have this skill. So we have this metric around people who are coming on board, huge workforce, but how prepared are they to face the future?”