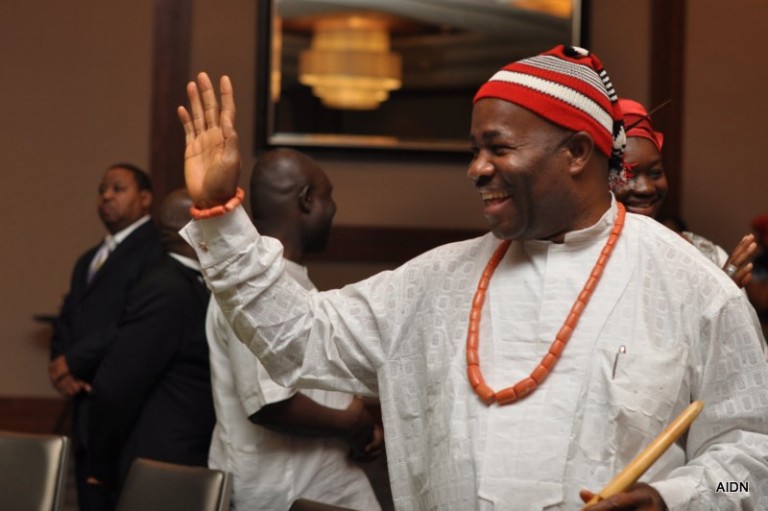 Senate Minority Leader, Godswill Akpabio, has disowned some media publications about his purported posters campaigning for the presidency in 2019.

Media Assistant to the former governor of Akwa Ibom State, Mr Anietie Ekong, in a statement on behalf of his principal urged Nigerians to disregard any of such publications, stressing that they were the handiwork of mischief makers, who wanted to create wrong impression in some quarters.

Ekong said Akpabio had no ambition of contesting for the presidency in 2019 and was not behind such campaigns.

“It is instructive that the Peoples Democratic Party (PDP), which he (Akpabio) belongs to, has zoned the presidency to the North by 2019.

“The South-South has had its shot at the presidency through Dr Goodluck Jonathan, who handed over to President Muhammadu Buhari barely one year ago. And it is politically impracticable in the present Nigeria to expect another South- South man to aspire to succeed President Buari.

“He should not be distracted by a phantom campaign as such ambition only exist in the imagination of the mischief-makers,” Ekong said.