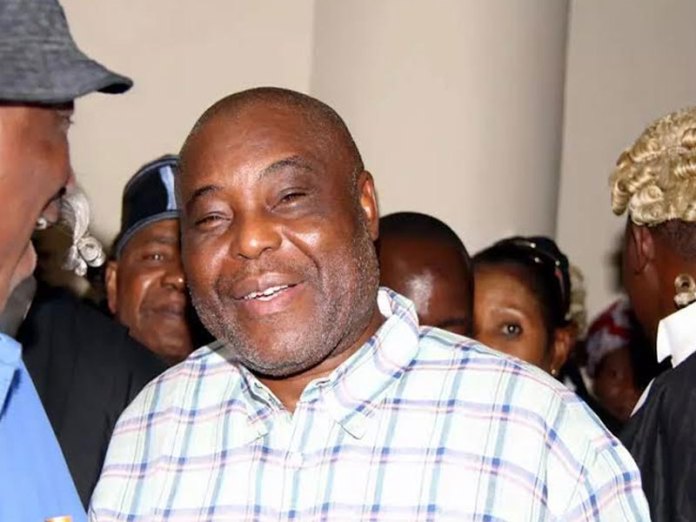 The trio of Dokpesi, Kuku and Akpoblokemi, also, condemned the attempt by one Cynthia Whyte of the Reformed Niger Delta Avengers (RNDA) to link them with the renewed militancy in the region, noting that the allegation by a faceless group was baseless, false and malicious.

They debunked the allegation in separate statements yesterday in which they expressed commitment to the indivisibility and unity of Nigeria even though they had political differences with the All Progressives Congress (APC) and the federal government especially on it is policies.

In a statement by the Director-General of Raymond Dokpesi Campaign Organisation, Alhaji Shehu Gabam, Dokpesi said the allegation was “a blatant concoction of falsehood obviously laced with the political intention of rubbishing his campaign with PDP delegates throughout the country in our bid to contest the national chairmanship of the PDP.”

The statement noted that Dokpesi “is a highly celebrated personality and people who know him will attest to the fact that he is not only a peace loving citizen but one who is passionate about the unity, indivisibility and oneness of our nation.

“Regardless of the partisan political process in the country, now clearly infested with all manner of treachery, bitterness and unwholesome acts by opposing political actors, he has always and will always be an advocate of winning all political contests fair and square.”

In a statement he personally issued from Alabama, the United States, Kuku strongly condemned the attempt to link him with the NDA, which he described as a nascent militant group.

The former special adviser explained that he “is not a sponsor of the militant group as claimed by a faceless group,” noting that the allegation was designed to discredit and rubbish him.

He said: “This is yet another attempt to discredit my hard-earned reputation and defame my person after the earlier plot to rope me with terrorism by another fictitious Kano-based group, National Security Watchdog. If that attempt failed, this too has surely fallen flat.

“Since the 90s, I have dedicated a greater part of my life to the service of our dear country. I have been privileged to serve Nigeria and my people in different capacities and have discharged my duties and responsibilities with utmost patriotism and the fear of God.”

Also in another statement, Akpoblokemi dismissed the report linking him and others as sponsors of the NDA, describing the report as false and malicious.

The former NIMASA boss denied having any link or ties with any political, advocacy or militant group anywhere in the world, adding that he “is committed to Nigeria’s interest.

“The group is reported to have named me as one of the sponsors of the NDA. I want to say that this  claim is false, malicious, defamatory and lacking any iota of credibility. May I remind Nigerians and the international community that I am currently facing six cases in various courts bordering on my stewardship in the Nigerian maritime agency.”