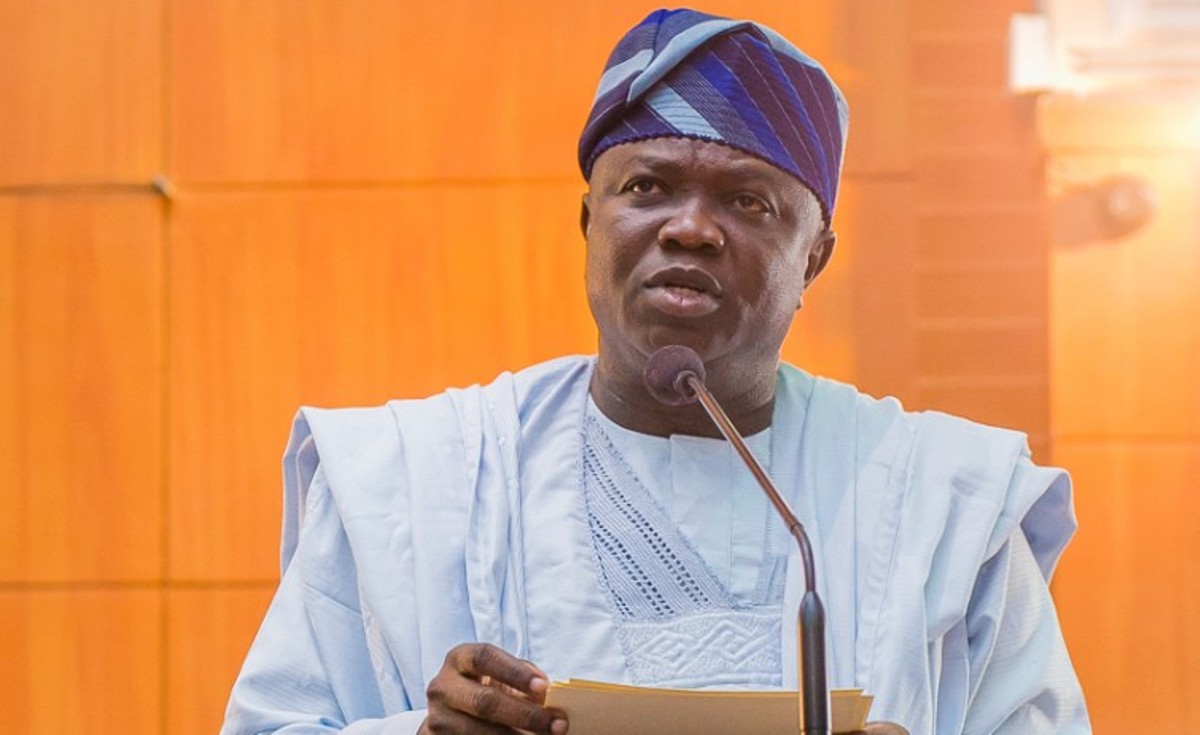 We are determined to stamp out noise pollution, -Ambode

Moves to achieve a noiseless Lagos State went underway on Monday, with Governor Akinwunmi Ambode restating his commitment to stamping out noise pollution in all its ramifications.

Ambode speaking to a select crowd of stakeholders that has among other prominent leaders the former Deputy Governor of the state Alhaja Lateefat Okunnu, former Attorney General Alhaja Wonu Folami, Leaders of the Muslim Community in Lagos, led by Prof. Tajudeen Gbadamosi, their Christian Association of Nigeria (CAN) counterpart, led by the state Chairman Pastor Alexander Bamgbola, captains of industries and other recreational facilities, and school children achieving a noiseless Lagos is a task that must be done.

The governor who was represented by the Commissioner for the Environment Dr Samuel Babatunde Adejare, said population increase, heightened by the economic status of the state, has led to high congestion with attendant effect being felt in increased vehicular traffic as well as commercial, industrial, religious as well as social activities.

He said: “My team is working towards a sustainable physical planning and urban development that will provide an enabling environment for socio-economic activities.”

He said the one day forum with the theme; noise: the unwanted menace for urban development is aimed at making every resident conscious of the need to cultivate a noiseless environment. The forum was organised by the Lagos State Environmental Protection Agency (LASEPA), for the Ministry of Environment and the Ministry of Home Affairs, with Ministry of Physical Planning and Urban Development collaborating.

Describing noise pollution as a nuisance and a menace generated through various human activities, Ambode said noise has adverse psychological and physiological effects on human beings as it can diminishes one’s quality of life, could cause sleeplessness and insomnia, headache, partial and total deafness and memory loss among others.

He said government intervention at abating the menace is aimed at making the state habitable for all, through promoting activities that could lead to reduction of noise pollution, such as the removal of all external gadgets, observance of horn free zones, use of soundproof generators and machines, construction of acoustics by worship centres and securing of noise permits where possible among others.

Adejare, who also addressed the stakeholders in his capacity as the Commissioner for the Environment said government would no longer tolerate the noise pollution arising as a result of any of the human activities. He said the forum was organised to for every stakeholder to see the need to promote good neighbourliness by reducing the noise level and not constitute nuisance to others.

He said LASEPA, as the regulatory agency, is poised to regulate noise levels and generally elevate the standard of living by making the state a livable city.

Commissioner for Home Affairs Abdullhakeem Abdullateef said though the Nigeria’s constitution makes freedoms of speech, movement and freedom of association sacrosanct, section 45 also established that such rights could be controlled by government to prevent abuse.

He said government called the forum to ensure that it sensitises the people on the moves being made to santise the state and control the noise level which is becoming a huge menace in the state.

In their goodwill message Prof. Gbadamosi pledged the commitment of the muslim community to achieving a noiseless Lagos. He praised the government for establishing that calling to prayer is not illegal, adding that mosques would henceforth stop disturbing public peace once the call is over.

Speaking for the Christian community Secretary of the Lagos Christian Association of Nigeria (CAN) Baba Aladura Akin-Adewo assured the government of CAN’s determination to put its house in order and ensure that it supports the government in abating noise pollution.

In his paper, noise- the academic perspective, Dr Michael Ahove of the Centre for Environment and Science Education said research has shown that industrial areas and motor parks are the greatest sources of noise pollution in the state.

He said the centre also has a list of 22 areas identified as the most noisy in the state.

An Ear Nose and Throat (ENT) Consultant Dr Olawale Olubi described noise as a silent killer that must be avoided and prevented at all cost.