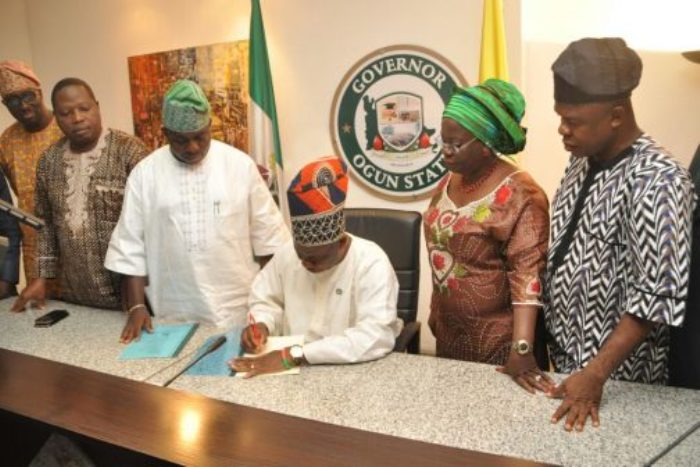 The state’s legislature passed the bill into law early this month and forwarded the clean copy to the governor for his assent.

Speaking shortly after signing the bill into law at his office in Oke Mosan, Abeokuta, Governor Amosun assured that the creation of the new LCDAs would bring development closer to the people.

In a statement by his media aide, Adejunwon Soyinka, the governor appreciated members of the Suraju Adekunbi Ishola-led Ogun State House of Assembly for the painstaking work they did on the bill.

The 37 new LCDAs will now add to the existing 20 local government areas of the state, bringing the total figure to 57.