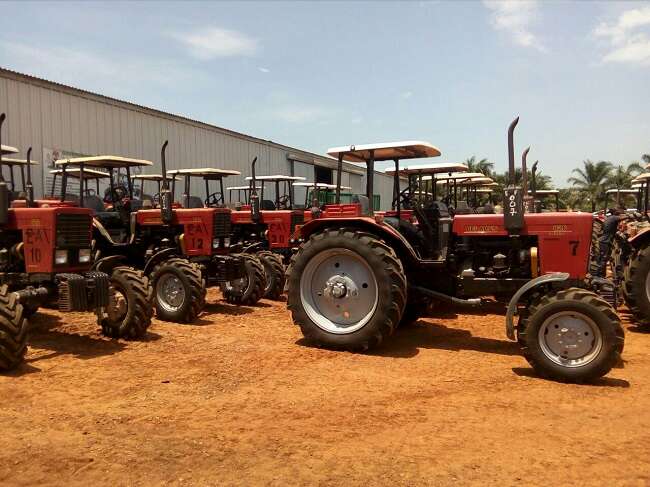 The Government of Anambra State has flagged off the commencement of tractor services to Farmers across the state for the 2016 planting season.

The state Commissioner for Agriculture, Mechanization, Processing and Export, Mr Afam Mbanefo performed the Flag-off at the State’s Tractor Base at Awkuzu, in Oyi Council Area.

The State Government is running the project in partnership with E-Force Agro Development will see the zoning of the Tractors to farmers across the state at a highly subsidized rate for aggressive mechanization of farms in the state.

The initiative aims to achieve mechanized farming on the twenty thousand Hectares of Land targeted by the State Government for this planting season within three months.

While Flagging-off tge project, Mr. Mbanefo said the Present Administration is sparing no effort in providing the necessary farm implements that will support farmers improve their practice in its bid to revolutionize the State’s Agricultural Sector.

Mr. Mbanefo revealed that with the collaboration of Farmers’ Associations and other Agric Programmes, the Ministry has been able to develop a comprehensive database on individual farmers and Cooperatives in the state with Identification numbers assigned to them, noting that this has helped Government identify and deal directly with the real farmers.

According to him, the Tractor service initiative was designed in a way that as the farms are being mechanized, the owners also sign a Memorandum of Understanding with Off takers to ensure that there is a market for every produce and that farmers get maximum profit for their ventures.

The Agric Commissioner appealed to farmers in the state to continue to identify with the Ministry and support the Obiano administration for sustained interventions in the Sector.

The Executive Director, E-Force Agro-Development, Mr. Thaddeus Bodam explained that they were encouraged to work with the State Government on the project because of its clear blueprint for Agric Revolution in the state and assured that they are committed to sustaining the partnership to ensure the full mechanization of all farms in the state.

In their separate remarks, some farmers including Chief Peter Anaekwe from Omor in Ayamelum and Mr Charles Erokwu from Onitsha thanked Governor Willie Obiano for his genuine commitment towards the development of Agriculture, noting that with his support, the state is on course towards achieving food sufficiency and generating surplus for export.

Test-run of the tractor by the Commissioner and solidarity chants by the farmers formed the highpoint of the event.