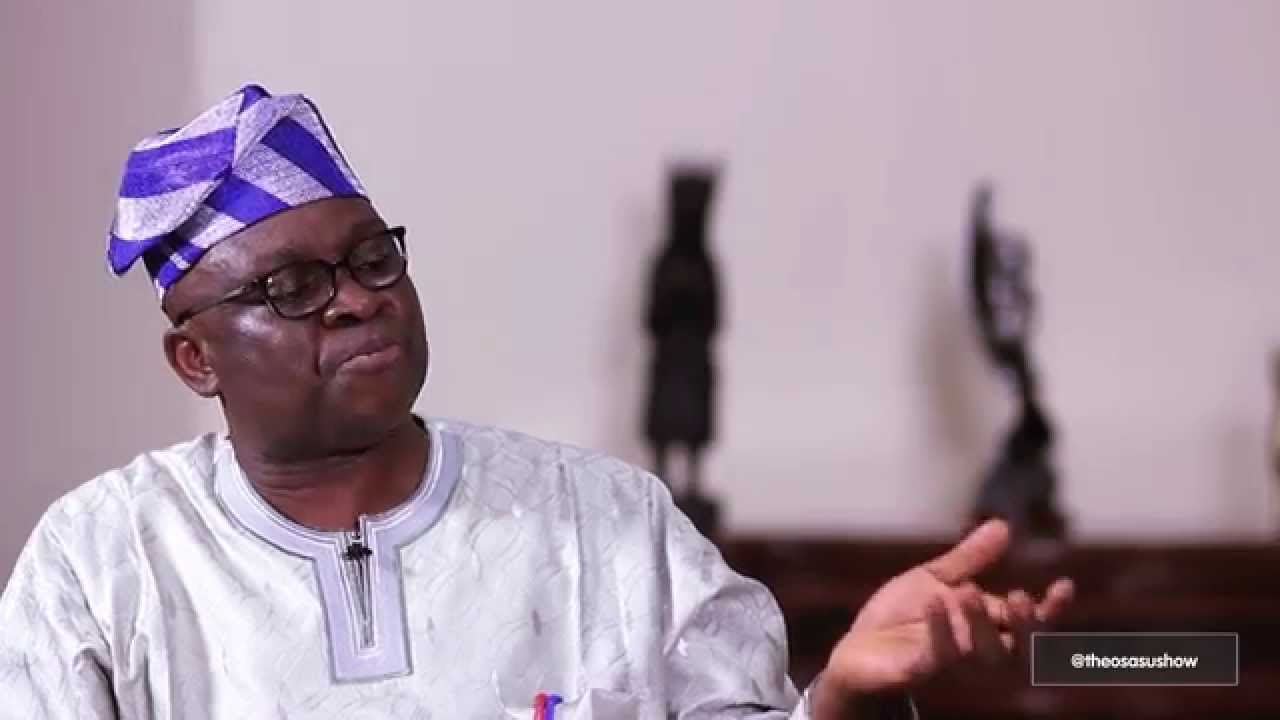 The All Progressives Congress, APC, in Ekiti State has slammed the state governor, Mr. Ayodele Fayose for writing and travelling to the Peoples Republic of China to oppose the Federal Government’s resolve to take loan from China for development purposes.

Fayose had on Wednesday written to the government of China, urging President XI Jinping not to approve $2bn loan to implement development component of the 2016 national budget. He sent the letter through his emissary to the Chinese Embassy in Abuja, while he personally took a copy of the letter to
Shanghai to be delivered to the Chinese President.

But the party reacted by noting that Fayose’s conduct amounted to a national sabotage and a seditious
conduct that must not be allowed to go unchallenged. It explained that President Muhammadu Buhari’s initiative aligns with the practice of other countries of the world that are engaged in bilateral arrangements.

In a statement issued yesterday by its Publicity Secretary, Taiwo Olatunbosun, the party regretted that the Governor got himself busy, spending Ekiti money on frivolities while workers’ salaries remained unpaid for four months.

The statement reads, “As we speak, doctors are on strike and Ekiti people are dying while the governor gets himself busy with the activities that will lead to evasion of justice in his several alleged criminal cases so that he can protect his questionable wealth across the world. Even though he has the right to entertain himself being a jester as he has always been, this should not be taken to the extent of constituting a security risk to the Federal Republic.