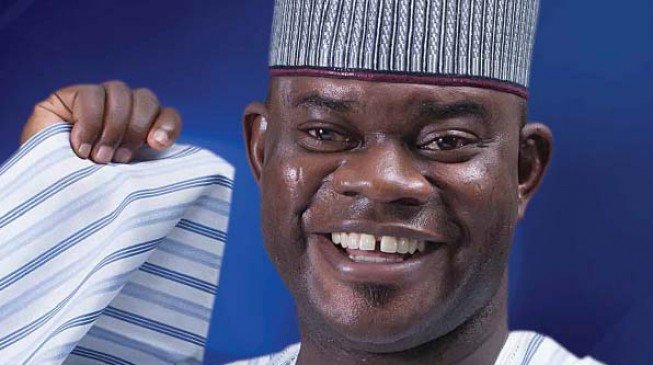 The Kogi State chapter of the All Progressives Congress (APC) has passed a vote of no confidence on the state governor, Yahaya Bello, accusing him of sidelining members of the state executive council and other organs of the party in the affairs of the state. 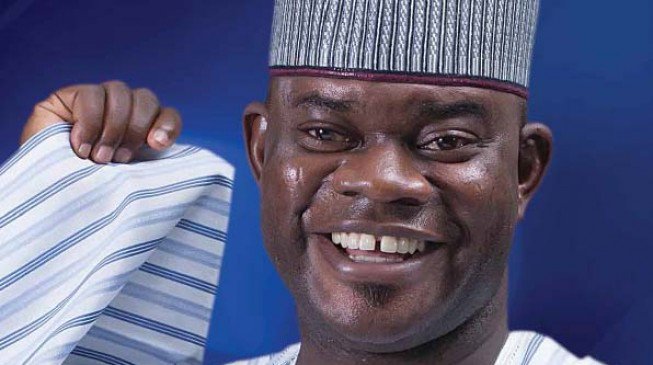 The state executive council of the party met in Lokoja, the Kogi State capital on Monday, April 11 and part of the outcome of the meeting was to forward a letter to the national headquarters of the party detailing the many “sins” of Governor Bello.

In a letter dated April 12, 2016, and addressed to the National Chairman of the APC, John Odigie-Oyegun and signed by all the 34 members of the state executive council, the Kogi APC accused Mr. Bello of sidelining members of the governing party and hobnobbing with members of the opposition Peoples Democratic Party.

They accused Mr. Bello of failing to appoint even a single card-carrying member of the APC, saying “all the 45 appointments made so far by His Excellency Gov. Yahaya Bello are given to the PDP”.

Members of the Kogi State House of Assembly are currently involved in leadership crisis with two members claiming the office of Speaker.

The House of Representatives also recently passed a resolution to take over the affairs of the House after efforts to reconcile the state lawmakers failed.

The APC exco accused Mr. Bello of being the source of the crisis in the House.

Members of the executive council also passed a resolution in the meeting to say “from now henceforth, we will have nothing to do with the government of Yahaya Bello”.

Part of their request to the national leadership of the party was that Mr. Bello should not be allowed to have a hand in producing the next ministerial nominee from the state to replace the late James Ocholi, who died recently in a road accident along Abuja/ Kaduna expressway.

The party chieftains advised the national secretariat and the presidency to work with the state party leaders in appointing a replacement.

He said the only time the state exco met with Mr. Bello “was before his inauguration when he went to collect his certificate of return”.

He however, added that “since then we have no idea of what is happening in the administration.

“The governor asked us to submit all we need before his inauguration which we did in writing, but he has since ignored our list and continued to appoint PDP people”.

The Exco members also accused Mr. Bello of working with the opposition PDP in the recent re-run elections in the state.

“An APC governor who supported the PDP in the last re-run election making us to lose two senators, one House of Reps and two House of Assembly members, an APC governor who has not deemed it fit to appoint a single APC member in his cabinet and board, an APC Governor who openly relates with PDP Local Government Chairmen and leaders and abandon his party men is not our best dream project,” they said.

In his reaction, Governor Bello said members of the party executive in the state were resisting the change he was bringing to the state.

Speaking through his spokesperson, Kingsley Fanwo, on Saturday, Mr. Bello said his administration was “not unaware of some political chess play among members of the State executive committee of the party in the state.”

He said the circumstances that brought the governor to office were “surely unusual. Therefore, unusual reactions are expected”.

Mr. Fanwo said whatever might be going on within the state executive council “is surely a contagious effect from the politics of interest within the party leaders in the state.

“We expect the state executive committee of the party to keep working with the leadership revolution that is reshaping the state to ensure rapid development,” he said.

While insinuating that the running mate to late Abubakar Audu, James Faleke, is behind the party’s decision, Mr. Fanwo said both “Faleke and Governor Yahaya Bello are members of the change family and no one should allow himself to be caught in the political crossfire playing out in the state.”

Mr. Faleke is presently at the state governorship election tribunal challenging the emergence of Mr. Bello as governor.

Mr. Bello emerged as governor after inheriting the bulk of the votes scored by the late Mr. Audu and Mr. Faleke in the election held last year.

Mr. Fanwo said Mr. Bello was committed to working effectively with the leadership of the party.

He added that the governor appreciates the role of the leaders of the party in ensuring the resounding victory of the APC in the state.

“Now that APC is in firm control of the state, it is foolhardy to think party leaders won’t bury their differences to deliver solid dividends to the Kogi people.

“It is absolutely untrue, ignominious and unintelligent to insinuate that members of the State Executive Committee of APC are working at variance with the landmark progress of the APC government in the state.

“The SEC of APC is aligning with the vox populi that has continued to hail the fairness, boldness and dynamism of the present administration in Kogi State. With the train of the New Direction already taking Kogi to new destinations of hope, the party must be very proud of the laudable programs and policies of the Yahaya Bello administration in the state.

“We also urge those stoking the flame of discord from outside the state to believe in the judiciary and stop their war which has continued to fail. Kogi has a new government and hope is here.

“The people and the party have confident in their Governor to continue to stir the state to the confluence of opportunities and possibilities.

“However, the governor will remain the firm leader of the party who is prepared to build a united, virile and disciplined APC that has the capacity not only to win elections, but to deliver democracy dividends.

The governor will sustain his commitment towards building a great state without prejudice to ethnicity, religion or political appeals,” he said.