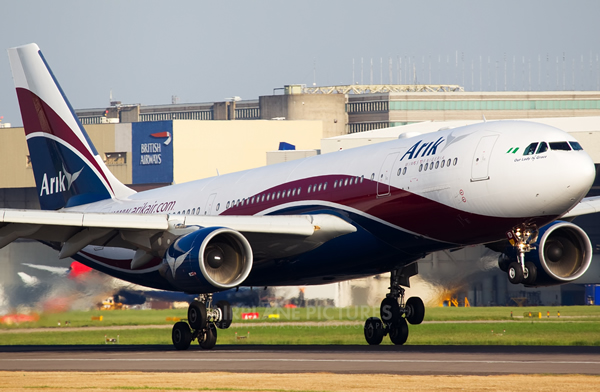 Arik Air’s international passengers on Tuesday shut down the carrier’s check-in counter at the Murtala Muhammed International Airport, Lagos for failing to deliver their luggage days after they arrived from London. A similar incident occurred on Monday.

An eyewitness said the counter was taken over by the angry passengers, who prevented those billed to jet out with the airline on Tuesday from checking in, while two of the airline’s workers were also allegedly beaten up and hospitalised.

One of the aggrieved passengers, who spoke with our correspondent, said he arrived Nigeria on Friday without his luggage.

He said the management of the airline asked all the affected passengers to return on Saturday but that by Tuesday afternoon, he had yet to get his luggage.

The passenger lamented, “Arik has been taking us for granted. We boarded their aircraft from London to Nigeria on Friday, only for us to get here to find out that they left our luggage behind. They asked us to come and get our belongings on Saturday; we have been coming here since then and today is Tuesday.

“On Sunday, we met one of their operations managers, who promised that the issue would be resolved by Monday, but nothing has been done.”

Arik’s Lagos to London Tuesday flight scheduled for noon was disrupted by the aggrieved passengers, which led the airline to subsequently cancel it.

A passenger, who was supposed to be on the cancelled flight, told our correspondent that the airline had to check the intending travellers into a hotel in the evening when it became obvious that the aggrieved customers would not be pacified, with a promise to fly out of the country by midnight.

Arik’s spokesperson, Mr. Adebanji Ola, who confirmed the incident in a statement, said that over the past days, the airline had been using a smaller aircraft, a Boeing 737-800, to operate the Lagos-London Heathrow route due to maintenance on the wide-bodied A330-200 aircraft allocated to the route.

He said, “One of the airline’s Airbus A330-200 aircraft was hit by a handling company at the John F. Kennedy International Airport, New York on Thursday, December 1, 2016 consequently triggering the B737-800 to be deployed on the Lagos-London route.

“In order to avoid cancellation of the Lagos-London Heathrow flights, an alternative B737-800 aircraft had to be allocated on the route to minimise the inconvenience to booked passengers. The airline was constrained in capacity from a wide-body A330-200 aircraft to a narrow-body B737-800 aircraft and thus had to leave some of the passengers’ luggage behind in London.

“Passengers were, however, duly informed of this capacity restriction at the check-in desk at the London Heathrow Airport and were advised of the possibility that some of their luggage will have to be sent on subsequent flights as per space availability.”

He added that due to capacity restrictions on the smaller B737-800 aircraft, the airline had to drop some of the luggage in order to accommodate the maximum number of passengers.

“To this end, an extra aircraft was also operated to London Heathrow on Sunday, December 4, 2016 to accommodate all passengers and some outstanding luggage.” 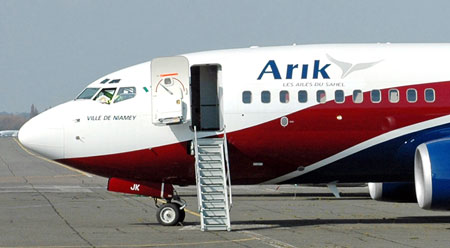 Arik Air scales down flights due to aviation fuel scarcity

Arik Air on Wednesday announced a reduction of flights due to the lingering scarcity of JET A1 (aviation fuel).

The airline made the announcement in a statement by its Communications Manager, Mr Ola Adebanji, in Lagos.

It said: “With a daily fuel need of about 500,000 litres and an average of over 100 daily flights, Arik Air is mostly affected by this scarcity which is the fourth this year alone.

“One of the airline’s flights to Johannesburg on Tuesday had to be routed via Port Harcourt to pick up fuel.“As a result of the worsening supply situation of aviation fuel, Arik Air has announced further reduction in flights from Nov. 16 to cope with the fresh scarcity.’’

According to the airline, the reduction will reduce unpleasant flight delays and cancellations which passengers have experienced in recent times.

It said that an oil marketer issued a Notice to Airmen (NOTAM) on Saturday, alerting of non-availability of the product in Lagos.

Arik Air added that another marketer said it was running out of the product in Lagos with limited supplies in Port Harcourt and Abuja.

“This development has started taking its toll on Arik Air due to the airline’s large scale operations, with flights being delayed across the country and, in some cases, cancelled especially for airports without airfield lighting.”

It appealed for the understanding of its customers whose flights were likely to be affected by the scarcity and scaling down of operations.

It said that would notify passengers through SMS or email messages in situation where flights would be delayed or cancelled due to the scarcity.

NAN reports that the Minister of State for Aviation, Capt. Hadi Sirika, had at the weekend, assured stakeholders in the sector that the government was making efforts to address the scarcity.

Sirika said that the long-term target of the government was to ensure local production of aviation fuel to make the product easily available for airline operators.