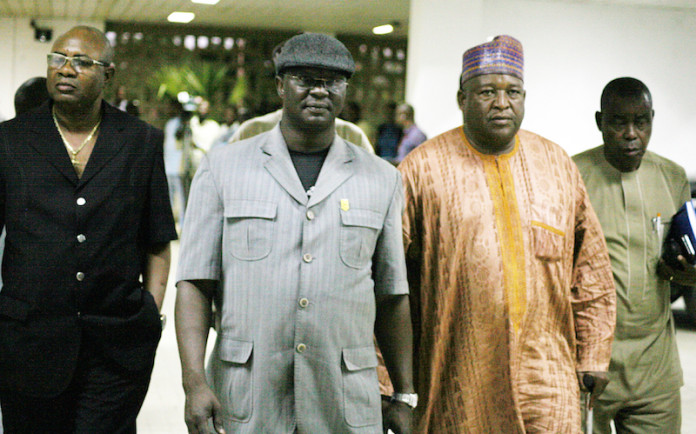 Strike to go on, as Nigerian labour leaders walk out of meeting with govt

Nigerian labour leaders have walked out of a meeting with the government, saying they are mobilising their members for an indefinite strike from Wednesday, in protest of an increase in petrol price.

The meeting with the Secretary to the Government of the Federation, Babachir Lawal, and other officials of government was convened in an attempt to broker a last minute truce on the matter.

The Nigerian Labour Congress, NLC, had condemned the government’s decision to increase petrol price from N86.50 to N145 per litre, and vowed to resist the policy.

The Trade Union Congress had also threatened strike, but pulled out of the plan on Tuesday night, the News Agency of Nigeria reported.

The General Secretary of the NLC, Peter Ozo-Eson, reportedly said that from all indications the strike would go on as planned.

“It is clear the strike will go ahead as planned,” Mr. Ozo-Eson said ahead of the meeting with the government.
The strike is coming despite an order of the National Industrial Court restraining labour from going ahead with the threat.

The Attorney General and Minister of Justice, Abubakar Malami, had earlier on Tuesday approached the Industrial Court on behalf of federal government to stop the strike.

The General Executive Secretary of Medical and Health Workers Union, north central, Richard Gbamwuan, also told this newspaper shortly after an emergency NEC meeting of the NLC held in Abuja on Tuesday, that they were going ahead with the proposed strike.

“We have resolved to go ahead with the protest nationwide, as far as we are concerned, we are yet to be aware of any court injunction,” he said.

The SGF, Mr. Lawal, said the government would ensure free movement of persons despite the strike called by the NLC.