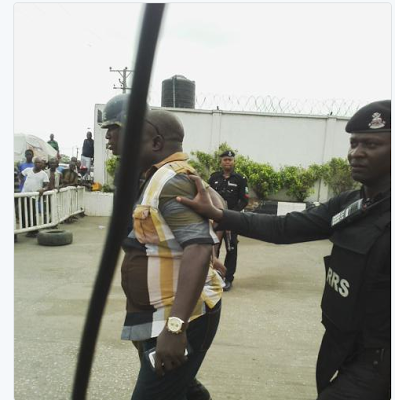 The manager of Oando filling station at Otedola Bridge, Lagos-Ibadan Expressway in Lagos state was on Tuesday arrested by the Lagos State Rapid Response Squad, RRS and the Department of Petroleum Resources Task Force.

The manager was arrested alongside his assistant for allegedly hoarding fuel and selling in Jerrycans exorbitantly.

Confirming the arrest, the Commander of the RRS, ACP Tunji Disu said there was enough Premium Motor Spirit, PMS in the reservoir of the filling Station, but the manager denied selling to the public.

According to Disu, they were arrested during a routine checkup.