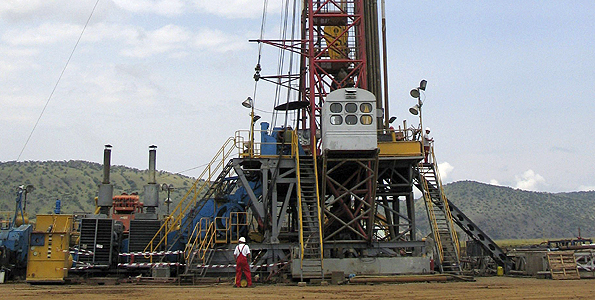 Nigerian firms dominate the list with three first having gone through the sieve.
“The Ministry of Energy and Mineral Development has completed evaluation of bids for the first competitive licensing round and invited the successful companies to negotiate Production Sharing Agreements (PSAs).

The ministry announced that five licenses will be issued to the successful firms “the five PSAs are one for the Kanywataba block and two for the shallow and deep plays of the Turaco and Ngassa blocks respectively,” the statement reads in part.

“Negotiations for the five PSAs will commence during the first week of August 2016 and are expected to be concluded during the month,” Mr Ernest Rubondo, Director for Petroleum in the Ministry of Energy & Mineral Development (MEMD), said that negotiations for these PSAs is the final milestone before granting exploration rights over these areas.

The next rounds of negotiations are expected to cover work programmes, national content and the fiscal aspects like royalty which were biddable.

“Further due diligence will be undertaken on the successful bidders with regard to their financial, technical and health, safety and environment management capabilities prior to the issuance of licenses,” the statement added.

Mr Rubondo added that the investments and activities arising out of the exploration work under these new exploration licences are expected to come at the same time as the investments and activities of developing the already discovered oil fields in the country and those for constructing the infrastructure for commercialization which include a refinery and an export pipeline.

These multiple activities will lead to a significant increase in investment in Uganda’s oil and gas sector and an increase in its knock-on effect on the other sectors of the economy.

Uganda’s first licensing round is being undertaken in line with the National Oil and Gas Policy for Uganda (2008) and in accordance with the Petroleum (Exploration, Development and Production) Act 2013.