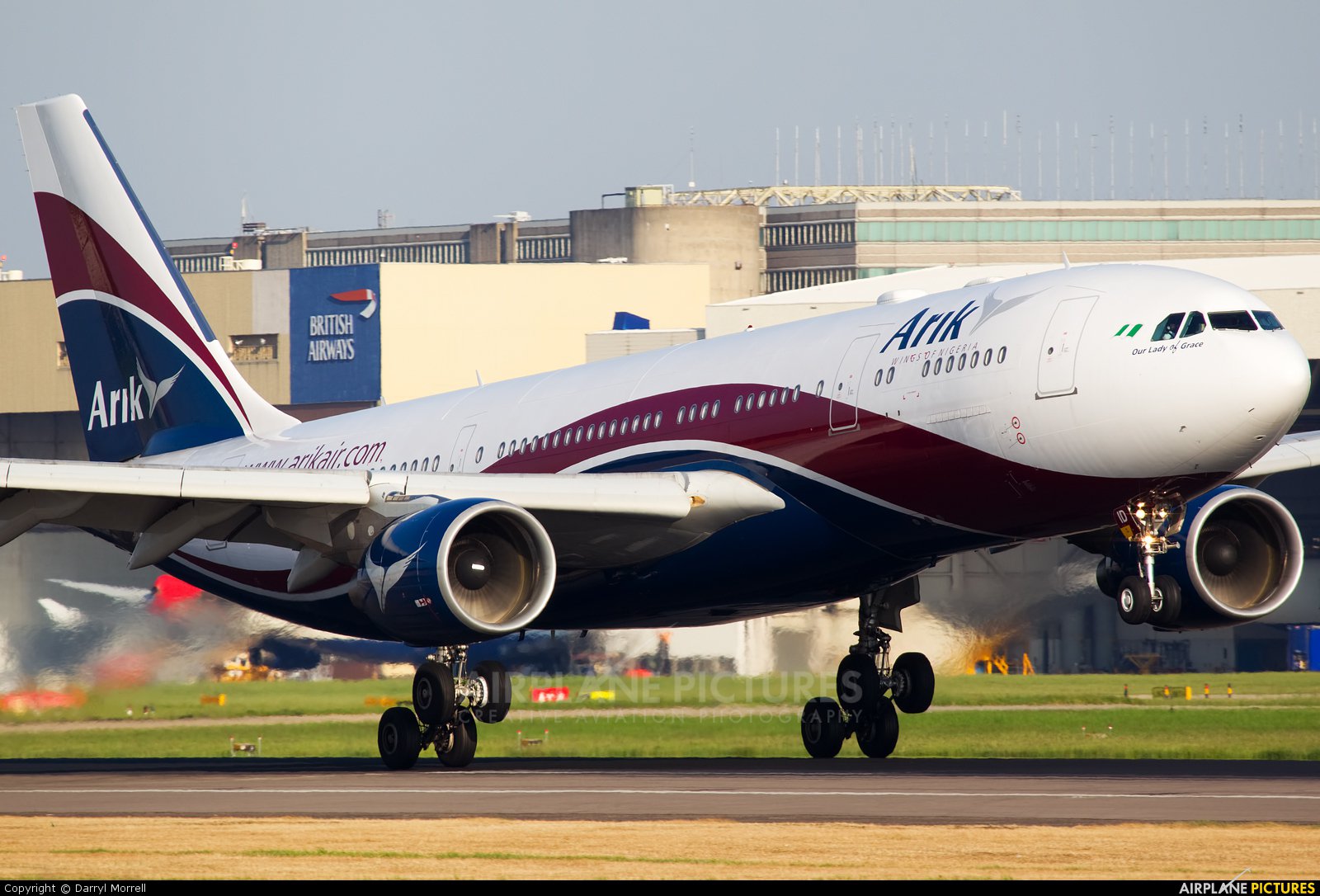 Scores of passengers were left stranded at the General Aviation Terminal (GAT) of the Murtala Muhammed Airport, Arik Air’s operational base in Lagos, as early as 6.30 am as placards-carrying unionists grounded the operation of the airline.

Some of the passengers were seen demanding a refund from the airline staff while others were making alternative arrangements.

According to a travel news website, the Nigerian Travel Flight Deck, the union members said they resorted to blocking the airline from operating this morning after years of negotiating with the airline over the debt failed to yield any result.

Some of the placards have captions like: “Arik Pay Your 12.4bn Debt”, “FAAN can no longer pay salaries, pension, staff claims due to your debt.” “Debtors pay all you owe FAAN now.” “Arik if you can’t pay don’t fly”, “Arik pay your debt 12.4bn is too much.

The General Secretary of the National Union of Air Transport Employees (NUATE) Olayinka Abioye, in a statement stated: “We are engaged in picketing exercise against Arik Air over its indebtedness to FAAN in the sum of N12.5b”.

FAAN’s spokesperson, Yakubu Datti, confirmed the picketing of the airline when contacted by PREMIUM TIMES but said he could not provide additional information as the action was a union affair.

The spokesperson of Arik Air, Ola Banji, in an email to PREMIUM TIMES, described the claim that it owed FAAN N12.4 billion as “spurious”.

He added that the airline was already challenging the claim of the union members at a Federal High Court in Lagos.

He said by blocking its operations, the workers were taking laws into their hands.

“The action by the workers’ union is connected with the long-standing and unsubstantiated claim by the Federal Airports Authority of Nigeria (FAAN) of spurious indebtedness of the airline to the agency which is now before a Federal High Court in Lagos at the instance of FAAN,” he said.

“For several months, the management of Arik Air and FAAN have been meeting to reconcile payment accounts between the two institutions. The reconciliation process is still ongoing until the latest actions by the union.

“This is not the first time that FAAN workers’ union will be taking the laws into their hands by disrupting operations of Arik Air.

“The current situation is deeply out of control of Arik Air and the management of the airline has been compelled to suspend all domestic operations for today. This will remain in force until such a time the unfortunate situation is resolved.”