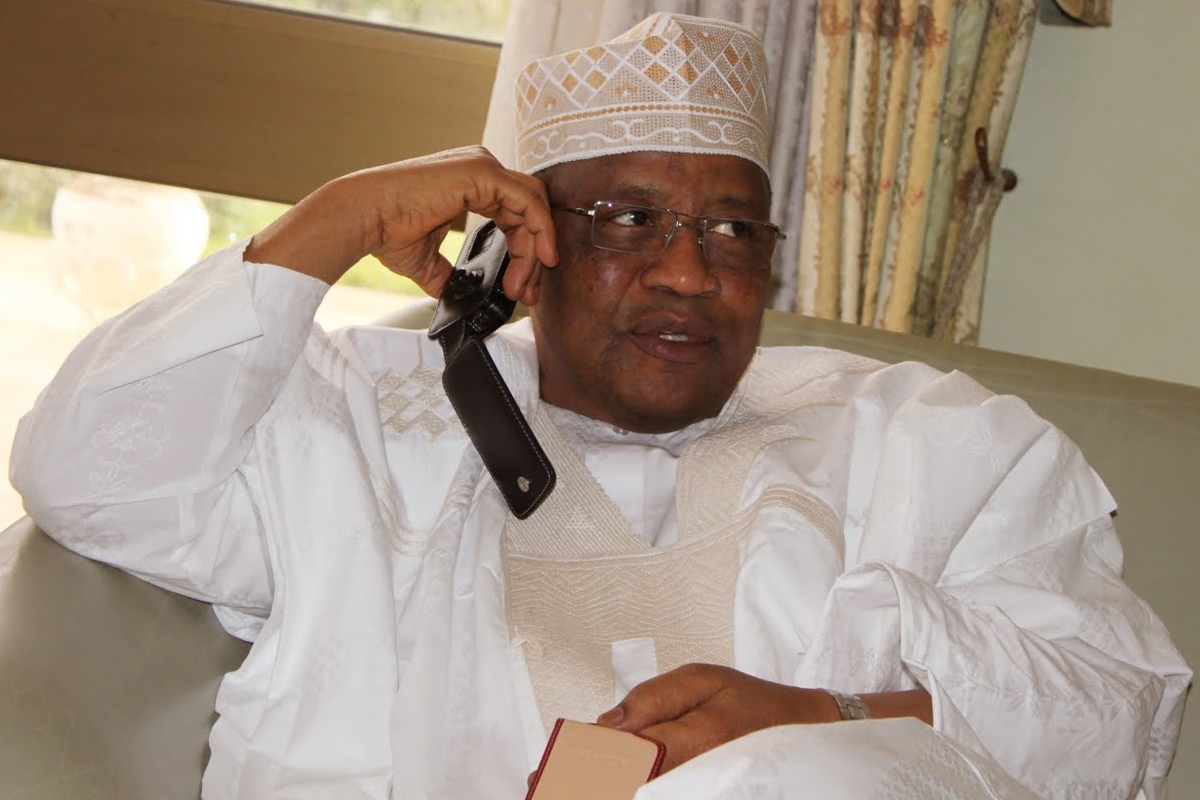 In a move to put an end to rumours of his death that had spread across the country, former Military President, Ibrahim Badamosi Babangida (IBB) yesterday spoke from Germany, saying he is alive.

Many were led to believe that the one-time general had passed on yesterday.

it was told that the former military president’s relative, Ibrahim Bamali, who said; “Babangida is not dead, he is alive and well, please disregard the rumour going on in town.
Responding to the question on the whereabouts of IBB, he said, “Though he has gone to Germany for a routine medical check-up, he is expected back in the country soon.”

Confirming this newspaper’s stories, IBB spoke on live programme on Television Continental, TVC, yesterday evening that: “I am alive.”

Speaking with the anchor person on the programme, ‘Journalist Hangout,’ IBB said he is hale and hearty and not dead as being speculated.

The former military president told Babajide Otitoju of the TVC that he would soon return to the country.
In a related development, the News Agency of Nigeria, NAN, was reliably informed that Babangida was actually ill and was receiving treatment abroad.

“Yes, Babangida is sick and has gone to Germany for treatment. Everybody knows this tradition of his going for medication in Germany.

“As we talk now, he is already on his way from Germany. He had a stopover somewhere in a European country. But, by Friday he will be back in time for the Friday prayers,’’ the source said.

Another source at the palace of Chairman of the Niger State Traditional Rulers Council, Etsu Nupe Yahaya Abubakar, told NAN that the rumors were baseless.

“I left the palace (in Bida) this morning for Minna, and nothing of such was discussed between us. The Emir will definitely be among the first to be contacted in case of such an event.

“You know when a Muslim dies there must be the prayers before burial on the same day. The Etsu Nupe has been attending such prayers of prominent sons and daughters of the state,” he told NAN.

Similarly, another source from the palace of the Emir of Minna, Alhaji Farouk Bahago, debunked the death rumors.

“It’s already late afternoon if anything of such has happened I will not hesitate to tell NAN. For now, no such things, but don’t quote me yet,” the source said.

A visit to the uphill mansion of Babangida revealed nothing to indicate such tragedy has happened, NAN reports.