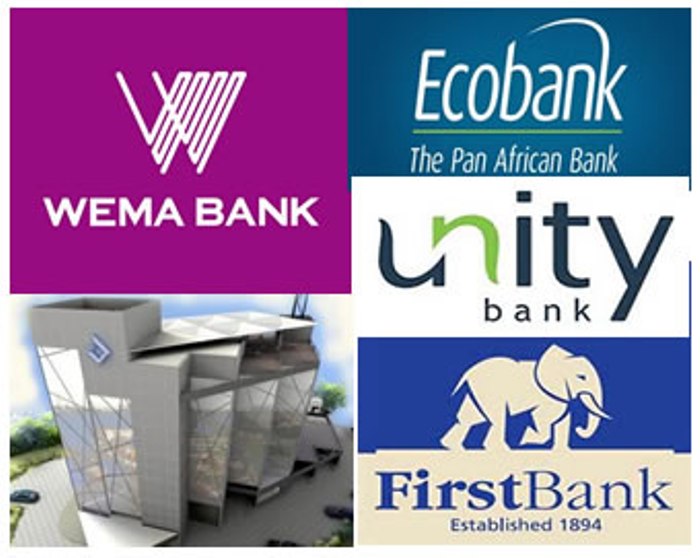 A number of Deposit Money Banks in the country will close many of what they described as unprofitable branches as the economic recession continues to bite harder, investigation by our correspondent has shown.

It was similarly gathered that most of the banks would lay off hundreds of workers between now and December.

The revelation came barely 24 hours after Unity Bank Plc laid off about 300 workers, more than the 220 that was mentioned last week.

Diamond Bank Plc, Ecobank and Skye Bank Plc had earlier in the year sacked over 3,000 members of their workforce.

It was learnt that following the economic downturn in the country, a number of bank branches could no longer justify their existence as cost analysis had shown that the financial institutions were spending more on salaries and overheads than the income from the branches.

Some top bank executives, who confirmed the development to our correspondent under the condition of anonymity on Monday, said some lenders might be forced to relieve more workers of their duties before the end of this year.

An executive director in one of the banks that recently asked some of its workers to go said, “We have laid off some of our staff members but that it still not enough. Many branches are just existing for the sake of being there. They are not generating enough income. What they are bringing in is far less than what the bank is incurring as costs on them.

“We may have to close such branches before the year ends. I know a number of other banks that are planning something similar.”

He, however, noted that banks were required to notify the Central Bank of Nigeria before closing any branch.

“It is an ongoing administrative thing in the banking industry. Banks will want to rationalise branches, especially in a difficult economy. Banks are planning to cut costs. Branch rationalisation is normal but the CBN has to be notified,” Chukwu explained.

The banking sector has been facing a number of challenges following the downturn in economic activities.

The slowdown in the economy, which has led to a high rate of non-performing loans in the banking system, made four lenders to lose at least N17bn in profits in the first quarter of this year.

Specifically, Ecobank Transnational Incorporated, Guaranty Trust Bank Plc, Unity Bank Plc and Diamond Bank Plc recorded a combined decline of N17bn in their profits before tax for the three months ended March 31, 2016, when compared with the corresponding period of 2015, according to the results of the financial institutions posted on the website of the Nigerian Stock Exchange.

In terms of their profit after tax, the four banks recorded a decline of N14bn.

Banks in the country had been posting sharp increases in profits before tax and profits after tax since 2011 after the establishment of the Asset Management of Corporation of Nigeria in 2010 following the banking sector crisis in 2009.

However, consistent drop in the global prices of crude oil, Nigeria’s main foreign exchange earner, since June 2014, caused banks’ profits to start declining at the end of 2015.

Majority of the 15 banks listed on the NSE recorded declines in their full-year profits in the 2015 financial year. However, a few ones such as Access Bank Plc, Zenith Bank Plc, United Bank for Africa Plc and GTBank outperformed the market despite sizeable volume of bad loans.

Skye Bank Plc and Stanbic IBTC Bank have yet to release their full-year 2015 and first-quarter 2016 financial results.

An economic analyst and Head, Investment Advisory, Afrinvest West Africa Limited, Mr. Ayodeji Ebo, said the declining profit in the financial services sector was a reflection of the challenges facing the Nigerian economy.