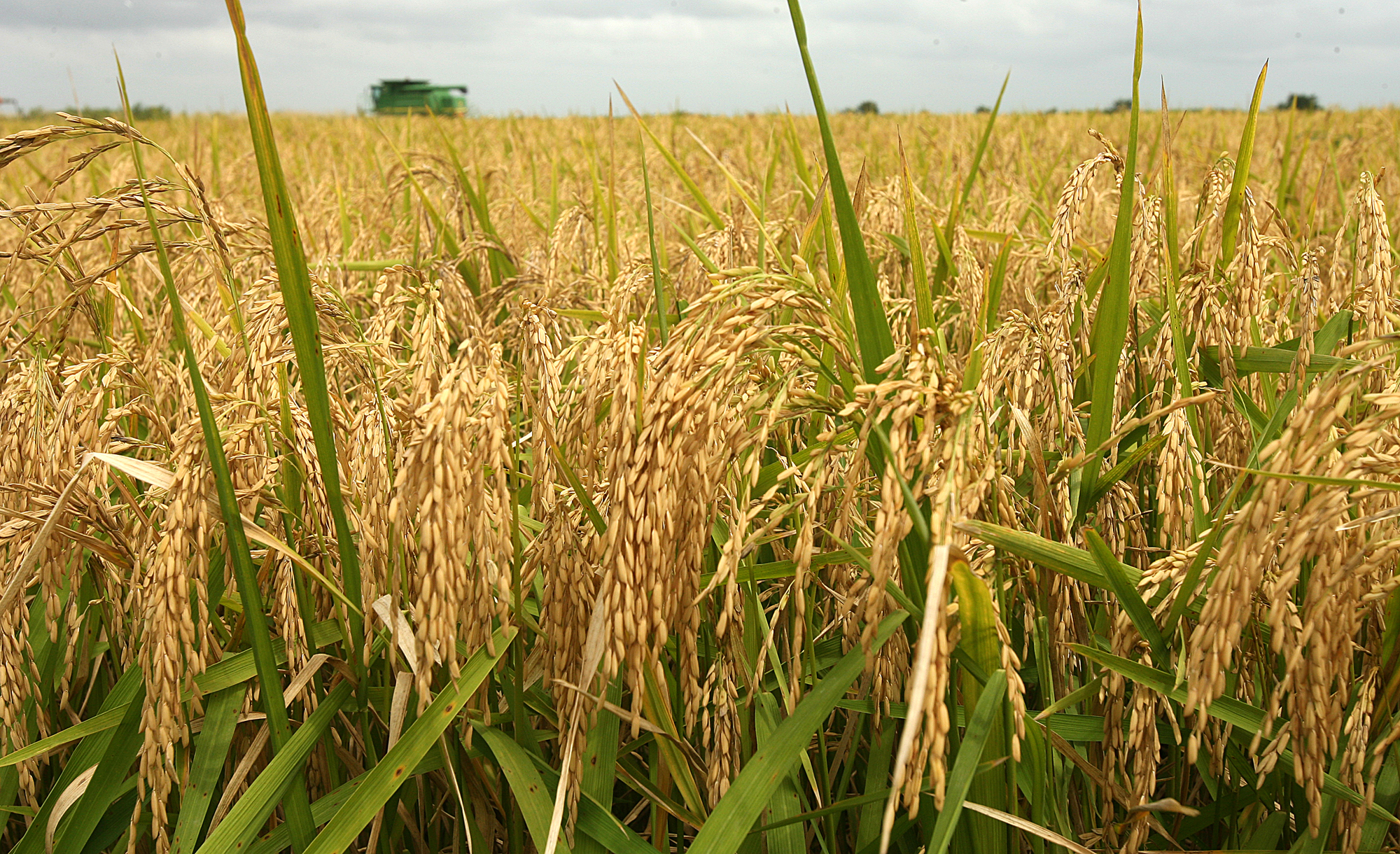 As Nigeria continues making efforts to raise the bar in the area of agriculture and lessens its overdependence on crude oil, more corporates are beginning to lend a hand in food production.

Food security has been a growing concern for government, which has in its view a population of well over 150 million that is experiencing rapid growth. It is a critical element in the 17 Sustainable Development Goals (SDG) of the United Nations (UN) and it is crucial to the eradication of poverty and hunger. The UN, in its 2015 Sustainable Development Goals Fact Sheet acknowledged that “500 million small farms worldwide, most still rain-fed, provide up to 80 per cent of food consumed in a large part of the developing world.” Hence, it recommends investing in smallholder farmers as a sure path to food security and nutrition for the poorest, as well as food production for local and global markets.

In keying into this goal, the Federal Government, in recent years, has experimented with various agricultural policies with varying results. One of such policies was the ban, last year, placed on the importation of rice, which is a staple in Nigeria. However, concerns raised by agricultural experts over inadequate local production forced the Government to modify the ban. Zamfara State Governor, Alhaji AbdulAziz Yari, while addressing journalists after a Federal Executive Council meeting in October last year, said that “the ban on the importation of rice would not be enforced until the local industry is developed enough to produce maximally for local consumption.”

Experts are of the view that the wait for self-sufficiency in rice production may take a little longer, being that rice is a crop that requires high volume of water and considering the prevalence of rain-fed farming culture among rural farmers. Minimal cultivation of the crop takes place during the dry season, thereby making it hard to achieve an all-year round cultivation, which is critical to a maximal annual yield.

It is gratifying to note that, in recent years, government has shown strong support for dry-season rice farmers in the country. For instance, in the 2013/2014 farming season, under the Growth Enhancement Scheme (GES) of the Agricultural Transformation Agenda (ATA), government assisted tens of thousands of dry season rice farmers with agricultural inputs, including irrigation facilities and equipment in some states where rice is widely grown.

There have also been concerted efforts by the private sector to partner with government to boost the productivity of smallholder rice farmers. The intervention of the British American Tobacco Nigerian Foundation (BATNF) in dry-season rice farming in some northern states is one of such interventions worth mentioning.

One community that bears testimony to this is Gaba-Dokko in Bida, Niger State, where dry season rice farming is fast-gaining acceptance. It plays host to one of the BATNF model rice farms. With this project, BATNF provides technical support and agricultural inputs as well as finance to rice farmers cooperative societies through its implementing partners. Some of the other communities are Kwande in Benue State and Ojeigbe in Ebonyi State.

Recently, the BATN Foundation and its implementing partners from the Niger State Agricultural Development Project/FADAMA Control Office (ADP/FCO) visited dry season rice farmers and their model farms to monitor and evaluate the progress of the project. The feedback indicated that the intervention is starting to yield the deserved, positive impact.

Gaba-Dokko, a predominantly Nupe community about 150 kilometres from Minna, is just beginning to embrace dry-season rice farming. Coordinator of the Niger State ADP/FCO, Alhaji Suleiman Muhammed Vatsa, led a team of ADP officials, which included Project Supervisor, Mr Aliyu Idris, and Mr Baba Shawa, as well as Mr Tajudeen Akinwale of the BATN Foundation, on a visit to the 11 hectares of farmland used by the farmers. According to Alhaji Vatsa, while the native farmers in the community still largely practise the traditional wet-season rice farming, the site chosen for the dry-season farming project was previously not farmed during the wet season because of its vulnerability to flooding. As a result, the land is not put to use all year round. But with the dry-season rice farming initiative, there is a turn around. Thus, what the farmers lose during the Wet season they now gain in the dry season.

Under the auspices of BATN Foundation, the Niger State ADP/FCO provides technical support/backup as well as trainings and basic tools for the farmers. It also ensures that there is a ready market for their produce and recommends the beneficiaries of the scheme, who must own lands that they farm and belong to cohesive groups. In most cases it is a communal land acquired through a joint venture scheme.

Vatsa added that though the large expanse of land belong to the about 15 beneficiary farmers of the scheme who formed a cooperative group, they were constantly under the watch and supervision of the Niger State ADP/FCO. He lauded BATN for its technical assistance and financial support to the farmers.

Some of the farmers present were delighted by the visit as they showed the ADP and BATN teams round their farms. With the Wet season over, the lush green vegetation on their farms stood in contrast to dry foliages of the neighbouring farmlands cultivated for the previous rain-fed farming season. They gladly testified to the huge benefits in Dry season farming and the comparative advantage it has over Wet season farming, which they also practise.

One remarkable development is that more youths are embracing farming in the community. The youth have also indicated keen interest in the dry season farming. A sizeable number of the farmers are below 30 years and among them are graduates of higher institutions who ignored the allures of white collar jobs in the metropolis for agricultural enterprise in their country home. They include head of the cooperative group, 35-year-old Farin Ndatsu; Baba Teacher Washi (30) and Gimba Efori (25), Alhaji Yusuf, Danladi Yusuf, Mohammed Isah, among others. Most of them said that they cater for their families with proceeds from their farming businesses. However, the absence of effective irrigation facilities has often been a constraint to many other farmers.

In a chat with THISDAY, Farin said that it was his first attempt at dry-season rice farming. He expressed satisfaction in the scheme and gratitude to BATN for its technical support and training, which he said has ultimately boosted their productivity. Farin, who has farms on three hectares of land, said that farming was bequeathed to him by his parents. He also projected reaping 100 units of 75 kg bags of rice during this farming season which spans 90 to 100 days. This he said is in contrast to the 70 bags yield from his wet-season farm located elsewhere.

One of the benefits of the trainings and technical support the farmers received on agricultural best practices is identifying and accessing the best variety of rice to grow. Farin, who spoke on their preference for the Faro 44 rice variety, noted that it takes just between three and four months to grow from planting to harvesting. Besides, it has long grains and produces a higher yield.

Water is sourced from a neighbouring brook 500 metres away from the farm project site by means of irrigation. The water is channeled through an underground pipe, which transports it in and around the farmlands.

Vatsa observed that the average output of the farmers has risen to six metric tonnes per hectare, from about four metric tonnes, as a result of technical support from BATN. He, however, suggested that in order to meet the high demand for water, a high power generator would be needed to draw water from the nearby river to the farmland.

In the face of dwindling revenue from oil, such initiatives, aimed at boosting rice production with the potential of enduring food production and consequent socio-economic development, would receive greater support from government and the private sector. This becomes imperative, especially as agriculture is reckoned as the single largest employer in Nigeria.