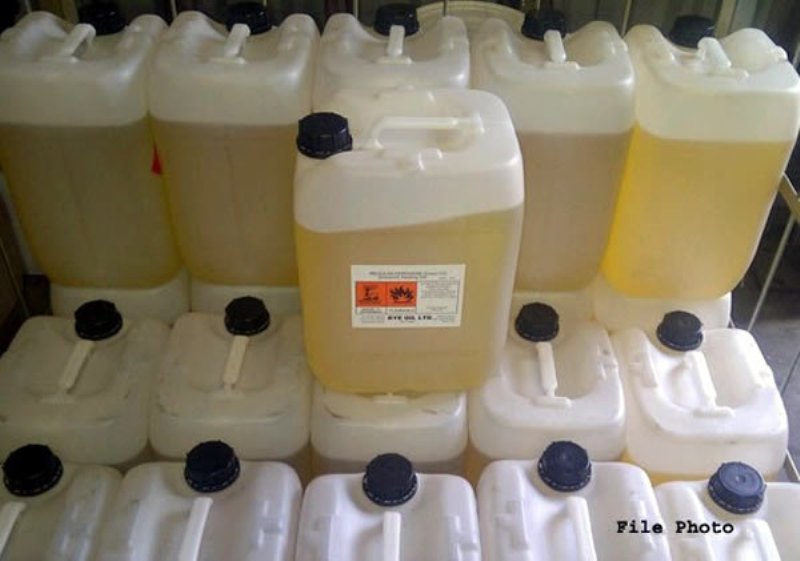 As the scarcity of kerosene continues to hit many households in the country, some fuel marketers are mixing the product with black oil to get Automotive Gas Oil, popularly known as diesel, our correspondent has learnt.

Sources said the rise in the price of diesel was responsible for the development, which, according to them, has been on for some time now.

The scarcity of kerosene, used by many Nigerian households, has resulted in up to 100 per cent increase in its price, as it now sells for as much as N300 per litre in some parts of the country.

One of the sources, who is an official of an independent marketing firm in Lagos, said “Since diesel price went up, some marketers have been mixing kerosene with black oil to get diesel. They do this because they want a cheap price for diesel, between N150 and N160, which is not realistic now. If depots are selling for as much as N180 per litre, it is not realistic for you to expect to buy AGO for N135-N140.

“Also, black oil is cheap; by the time you mix it with kerosene, it gives you a bigger volume of diesel. Most people originally use black oil for engine oil production, and it is imported like other chemicals.”

When contacted for a comment, the Deputy Manager, Public Affairs, Department of Petroleum Resources, Mr. George Ene-Ita, said he was not aware of the combination of kerosene and black oil to get diesel.

“If this is the case, then there is a clear case of a breach of protocol and contract, and you can rest assure that the DPR will try to get to the root of this aberration, find the culprits and bring them to book,” he said.

The supply of kerosene by the Nigerian National Petroleum Corporation through its subsidiary, Pipelines and Product Marketing Company, which marketers largely depend on for the product, has reduced in recent weeks.

The Executive Secretary, Major Oil Marketers Association of Nigeria, Mr. Obafemi Olawore, in a telephone interview with our correspondent, said the foreign exchange scarcity plaguing the country was preventing members of the group from importing kerosene.

He said, “For the Premium Motor Spirit we are importing, the NNPC is helping us with the dollars. The NNPC has spoken to the international oil companies; so, some of them are giving us the dollars.

“Even the NNPC cannot combine importation of everything because where is the dollar? The militants (attacking oil and gas facilities) are not allowing crude to sell at the correct quantity level that will bring in more dollars.”