The Central Bank of Nigeria Governor, Mr. Godwin Emefiele, said that the introduction of the Treasury Single Account was the best and boldest monetary policy decision any administration in the country had so far taken. 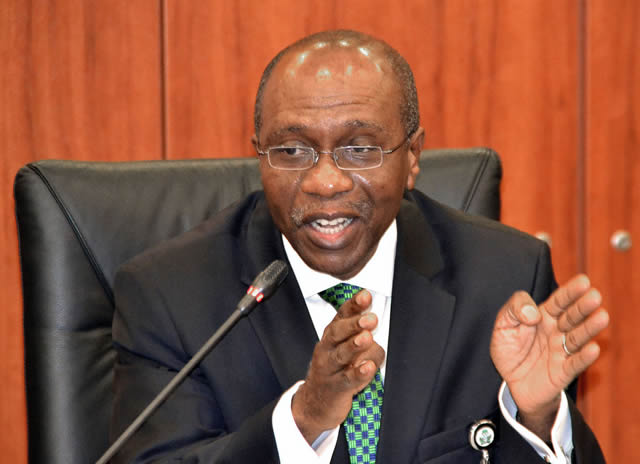 Emefiele, while delivering a lecture to participants of the Senior Executive Course 38 of the National Institute of Policy and Strategic Studies in Kuru, near Jos, on Friday, said “It is easier to criticise from the outside and say what is not true. So easy to sit down in your garden and begin to concoct stories that you know are not true. As a central bank governor, whether present or former, there are channels that have been provided for you to advise the bank. Those channels remain open and we will continue to encourage them to use those channels rather than to sit down in their gardens and say what is not true.”

In the lecture entitled, ‘Managing monetary policy in Turbulent Times,’ Emefiele said that the economic policies adopted by the Muhammadu Buhari-led administration were to salvage the Nigerian economy, which started going bad over 20 years ago because of the lack of political will.

For instance, Emefiele said that former governments failed to implement the TSA through which commercial banks make billions of naira profit at the expense of both the government and the masses.

According to him, the impression that the TSA was stifling banks was created by them to draw unnecessary sympathy, adding, “It is unfortunate that this is the way the banks have interpreted it. When I was in the bank, how much loan did I give you as a Small and Medium-sized enterprise?

“Coming here, the banks themselves have become my enemies because of the things I see that they do. Now, when these securities were available to banks, how did they use it to improve the lives of ordinary Nigerians? How much did they spend on agriculture, how much did they lend to SMEs? All they were interested in was taking these monies and lending them to Indians, Chinese and Lebanese to import goods that they produce in their countries, thus putting pressure on the foreign exchange.”

Emefiele advised Nigerians to look inwards in order to come out from the present economic crisis, stressing that every year, Nigeria spends about $2bn on Nigerian students studying abroad who refuse to come home after graduation.

He wondered why the country cannot put its own institutions in order to avoid the huge amount being spent abroad, adding that the best Nigerian professionals are found abroad.

He said that before, the country was making over $3bn during the oil boom, pointing out that it can now hardly make $500m. He, however, blamed the elite who prefer imported materials, saying that would not make the economy grow.

Emefiele, who agreed that the Nigerian economy was going through a tough time, said that anytime the CBN took a hard decision, it came under a barrage of attacks.

“Because we found oil and abandoned our God – given natural resources, we are indirectly importing poverty into our land. The best surgeons abroad are Nigerians. We trained them but we allowed them to go abroad.”

“We spent $2bn annually on school fees abroad. Is it not good to improve our school system or health system here in Nigeria so that the huge money will be spent here, thereby improving our economy? We use our money to send our children to Oxford, Cambridge, Harvard, and so on, and they do not want to come back home after their studies. It is very unfortunate,” he added.