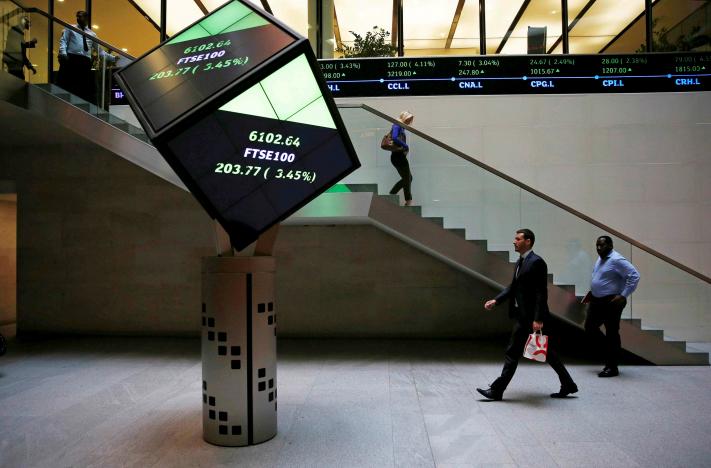 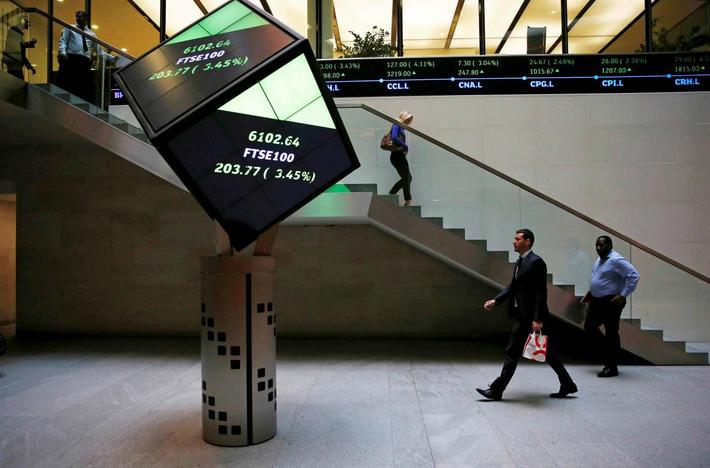 U.S. and European government bond yields, the main driver of global borrowing costs, hit their highest since June on Monday as questions mounted about how the world’s big central banks could react to a sudden bout of inflation.

The U.S. dollar .DXY hovered near a seven-month high [/FRX] while European and Asian stocks .MIWD00000PUS started the week firmly in the red, with Wall Street set to dip when it resumes [.N] amid a flurry of company earnings.

But most action was in bonds, with 10-year U.S. Treasury yields US10YT=RR pushing past 1.8 percent and German Bund yields DE10YT=TWEB at their highest in four months ahead of a European Central Bank meeting on Thursday. Brexit worries meanwhile ensured another torrid session for UK gilts. GB10YT=RR

All the moves came amid signs that inflation is finally starting to wake from its slumber and that top central banks may let inflation “run hot” as U.S. Federal Reserve Chair Janet Yellen suggested on Friday.

“We have the two-month window where there will be a lot of uncertainty about what the European Central Bank will do, and we had a poor gilt opening this morning and that has spooked the market,” said Mizuho interest rate strategist Antoine Bouvet.

“We expected another 20 basis point rise in Bund yields by mid-November.”

Elsewhere in markets, the dollar .DXY took a breather after hitting a seven-month high against a basket of six major currencies and following its largest weekly rise in more than seven months last week.

Media reports of disagreements between the finance minister and his cabinet colleagues over the terms of Britain’s exit from the European Union were the latest cause of strife.

The Daily Telegraph newspaper said Philip Hammond could quit his post after being excluded from government meetings because he had criticised the “hard Brexit” stance of Prime Minister Theresa May.

Although the Treasury denied that Hammond would step down and May’s spokeswoman said “differing views” on the Brexit route would be heard, the reports did little to instil confidence in the pound, traders said.

Wall Street was digesting earnings from Bank of America (BAC.N), the second-largest U.S. bank by assets, which reported on its first increase in profit in three quarters, while also awaiting U.S. industrial output data. [.N]

Other data due this week includes U.S. and UK consumer prices and UK producer prices on Tuesday, and Chinese third-quarter gross domestic product on Wednesday. ECONG7

The European Central Bank will publish bank lending figures on Tuesday and hold a policy meeting on Thursday, while euro zone consumer confidence data for October is due on Friday.

Emerging Asian currencies lost ground on Monday after the comments by Yellen, which spurred investors to cut bond holdings in the region. [EMRG/FRX]

The Chinese yuan CNY=CFXS also weighed, having dropped to its weakest since September 2010 as the central bank in Beijing set its official guidance rate CNY=PBOC lower again.

China’s economy probably grew 6.7 percent in the third quarter from a year earlier, the same pace as the previous quarter, as increased government spending and a property boom offset stubbornly weak exports, according to a Reuters poll.

But analysts are increasingly worried that China’s growth is becoming too reliant on government spending, ballooning debt levels and a housing market that is showing signs of overheating.

Safe-haven gold XAU= also edged up as buyers began to resurface after a 6 percent fall over the last few weeks. [GOL/]

“Markets are reacting to the possibility that the Fed might join the Bank of Japan in conducting policy to steepen the yield curve,” Ric Spooner, chief market analyst at CMC Markets in Sydney, wrote in a note.

“In the Fed’s case, this might amount to running the gauntlet of higher inflation with a very slow pace of monetary tightening.”

Oil prices, which have risen for four straight weeks, have helped drive the pickup in inflation globally. [O/R]

Brent crude futures LCOc1 stood a fraction higher at $52.13 in European trade, with U.S. crude futures CLc1 at $50.45 per barrel. They were capped by a rising rig count in the United States, a strong dollar and record OPEC output.

Some market players are wary of a possible hit to risk appetite after Iraq’s Prime Minister Haider al-Abadi announced the start of an offensive to retake the Iraqi city of Mosul from Islamic State.