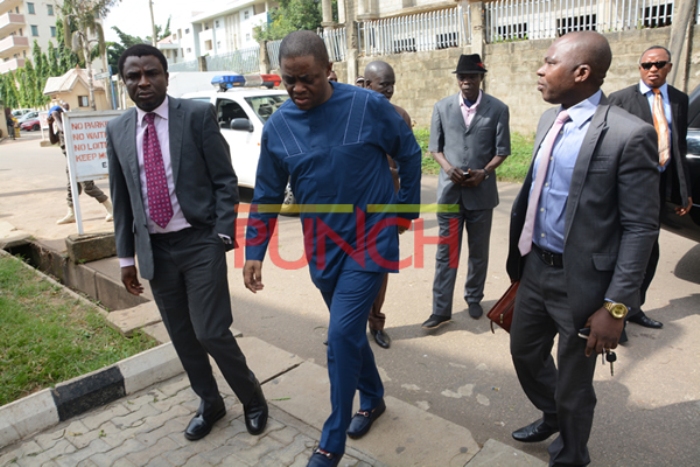 A former Minister of Aviation, Chief Femi Fani -Kayode, has arrived at the headquarters of the Economic and Financial Crimes Commission.
The former Minister who served as the spokesman for the Goodluck Jonathan Campaign Organisation in 2015, arrived the EFCC in a police convoy.
He arrived the Commission in a blue native attire around 9.45am.
He was invited by the anti-graft agency over an alleged N840m he received during the campaign.
The money was said to have emanated from the account of the Central Bank of Nigeria.