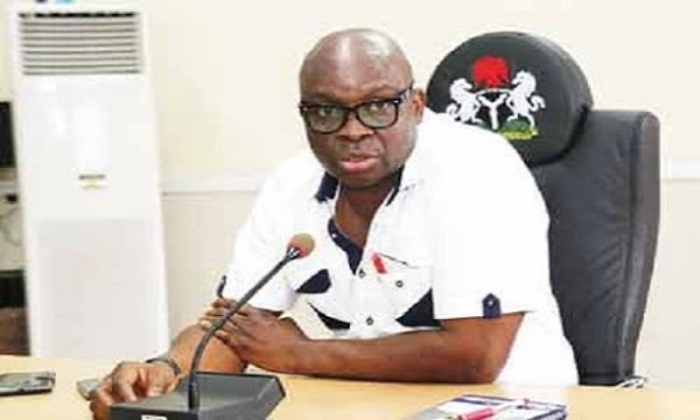 Governor of Ekiti State, Ayodele Fayose, has announced a ban on cattle grazing and rearing in the state.

Fayose said those interested in the business should go and set up private cattle ranches.

He said, “A bill to make movement of cattle from one location to another a criminal offence will soon be sent to the House of Assembly.”

The governor’s action follows frequent clashes between herders and farmers or local communities in the State.

This was part of his speech on Monday during his visit to Oke-Ako in Ikole LGA where two residents were reportedly attacked and killed by suspected Fulani Herdsmen on Friday.

He further explained that government will forthwith take into custody any cattle seen anywhere in the state apart from ranches created for them by their owners.

The governor had on Saturday described the attackers as “agents of the devil that must be fished out and punished accordingly.”

He said, “We will not leave our lands for herdsmen and in a system where the leadership of the country looks the other way while our people are being killed, we will have no option than to defend ourselves by whatever means.

“I have come here to commiserate with the people of Oke-Ako over the murder of two of our people by these evil herdsmen.

“I am also here to assure that this will be the last time your community will be invaded by the herdsmen under whatever guise.

“I have directed that cattle rearing and grazing should stop in Ekiti state and those interested in cattle farming should henceforth do so in their own cattle ranch.

“A bill to this effect will be sent to house of assembly for passage into law to criminalise cattle owners whose cattle are found moving from one location the other in the state.

“If President Mohammadu Buhari, who is the patron of the Miyetti Allah Cattle Breeders Association of Nigeria (MACBAN) has refused to call the herdsmen to order, we in Ekiti will no longer harbour herdsmen who go about killing our people, destroying our farmlands and raping our women.

“If the same President Buhari that was so concerned about the killing of herdsmen in in Saki, Oke Ogun Area of Oyo State such that he, as a private citizen led Arewa to Ibadan on October 13, 2000, to confront the then Governor of Oyo State, late Alhaji Lam Adesina is
now keeping silent when the same herdsmen are killing our people, we must rise and defend ourselves.

“It is our duty to protect our people and we are going to do that without fear or favour.”

It would be recalled that in October 2013, Silame Local Government Area in Sokoto state banned night grazing of cattle.

The then Council Chairman, Mani Katami, had said, “The action is to forestall the perennial clashes between cattle breeders and farmers in the area.”