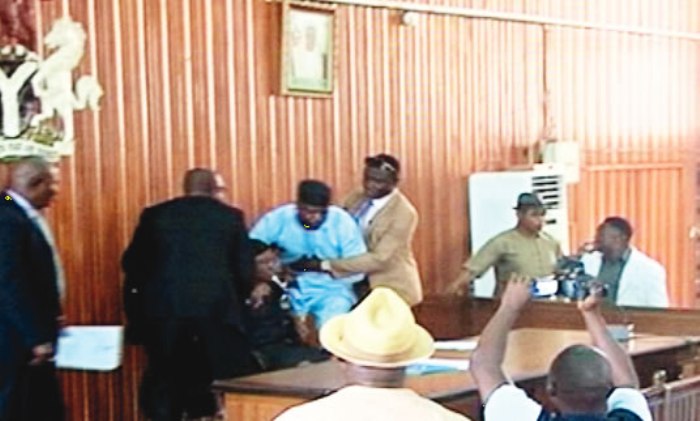 he Police on Monday cordoned off the premises of Edo House of Assembly to avert possible breakdown of law and order.

The News Agency of Nigeria reports that more than 10 Hilux patrol vans and an Armoured Personnel Carrier were strategically positioned within and around the state assembly complex.

There were also regular and mobile police operatives positioned at the three entrances to the assembly to prevent access into the complex.

Already, workers of the house of assembly have been prevented by the police from getting to their offices.

The Police Public Relation Officer in the state, Mr Abiodun Osifo told NAN that the action was taken to avoid repetition of what happened last Wednesday at the complex.

The crisis erupted on Wednesday after 16 members of the assembly removed the erstwhile Speaker of the House, Mr Victor Edoro.

Suspected thugs, loyal to both sides, had after the speaker’s removal, taken over the assembly complex and engaged in a shooting match.