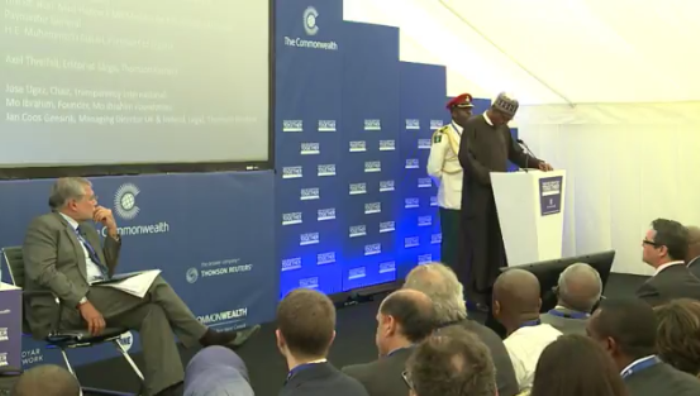 President Muhammadu Buhari has responded to the British Prime Minister, Mr. David Cameron, over his comment on Nigeria being one of the fantastically corrupt countries.

The Special Adviser to the President on Media and Publicity, Mr. Femi Adesina, on Wednesday quoted Buhari as saying he would not demand apology from Cameron for describing Nigeria as a “fantastically corrupt” country, rather, all he would demand from Cameron was the return of Nigeria’s stolen assets.

Adesina on his Twitter handle quoted the president as saying, “PMB to UK: Am not going to demand any apology.

All I’ll demand is return of assets. What would I do with apology? I need something tangible,” Adesina wrote.

Recall that Cameron while briefing the Queen of England, Elizabeth 11, Tuesday, after a cabinet meeting ahead of the Anti-Corruption summit where the Nigerian president is billed to give a keynote address on Thursday, tagged Nigeria and Afghanistan as “fantastically corrupt” nations.