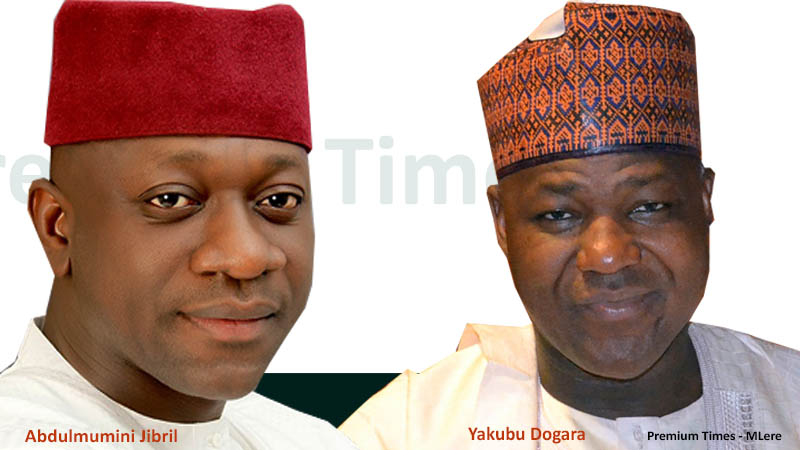 Budget Padding: I will not hear your case against Dogara – Justice Okon Abang tells Jibrin

A Federal High Court, Abuja, on Thursday declined hearing of a case filed by Abdulmumini Jibrin, seeking to stop his planned suspension by the Speaker of House of representative Yakubu Dogara.

The judge, Justice Okon Abang, held that due to the limited time, the court would not be able to hear and deliver ruling in the matter before the expiration of the vacation.

Abang said it was proper for the court to return the case file to the Chief Judge of the Court to reassign the case to another judge after vacation.

Jubrin’s Counsel, Mr Abdulhamid Mohammed, had told the court that the case was slated for hearing.

Mohammed said that he had served the defendants in the suit as earlier directed by the court at the last sitting.

He said that the third defendant filed memoranda of appearance on behalf of their clients and a notice of preliminary objection to challenge the jurisdiction of the court to hear the case.

He also informed the court that the plaintiff had filed a counter affidavit against their objection.

The defence counsel, Mr Kalu Onuaha, told the court that he filed a notice of preliminary objection challenging the jurisdiction of the court to hear the case.

Abang, however, insisted that he could not take arguments and deliver bench ruling on this matter during vacation.

He said that it was better for the matter to be assigned to any judge of the Federal High Court, Abuja Division after vacation.

The Clerk of House of representative, Yusuf Lasun, Alhassan Doguwa, Leo Ogor, Herman Hembe and Umar Bago were also named as defendants in the suit.