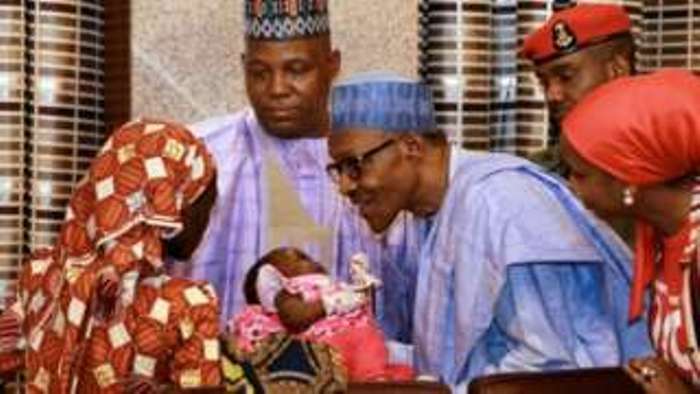 The Presidency has refuted reports that President Muhammadu Buhari received at the Presidential Villa, Abuja, the rescued Chibok girl, Amina Ali alongside the suspected Boko Haram member claiming to be her husband.

This message was posted on the official Facebook page of the Presidency, Aso Rock Villa, on Friday.

According to the message, the man who accompanied Amina to meet Buhari was her brother and not her supposed husband, who is an alleged Boko Haram commander.

The message reads, “Our attention has been drawn to rumours and insinuations that the young man who accompanied Amina Ali to the State House to meet President Buhari is her alleged terrorist abductor.

“This is false; there is absolutely no truth to it. The young man who was in the State House alongside Amina and her baby and mother is her older brother.

“He is different from the man who appeared with her in photos released by the Nigerian military, in the immediate aftermath of Amina’s rescue.

“All insinuations alleging otherwise are false, mischievous, and should be wholly disregarded.

Under no circumstances will a presidential welcome be extended to terrorists or abductors.”