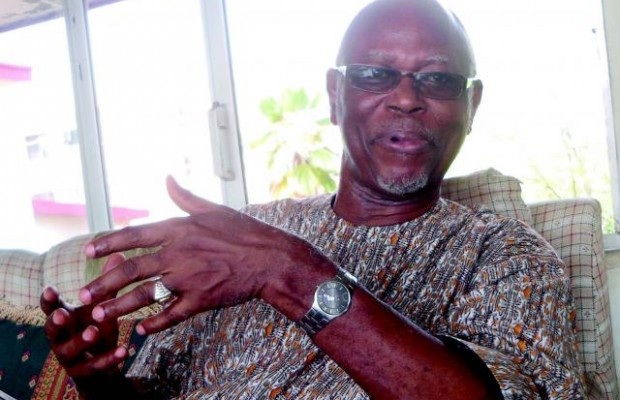 The National Chairman of the All Progressives Congress, APC, Chief John Odigie-Oyegun has condemned calls for the Economic and Financial Crimes Commission, EFCC, to probe the funding of President Muhammadu Buhari’s 2015 Presidential campaign.

Oyegun, while speaking on WE FM’s “The Encounter with Constance Ikokwu,” said unlike the Peoples Democratic Party, PDP, which used public funds to finance its campaign, APC’s financing of the party’s Presidential campaign came from individual donations, thereby making it wrong to call for a probe.

He said, “You are comparing apples and grapes. It is the people’s money. You can’t use the money of the people to run parties and so the APC today is suffering from that basic correct policy decision.
“But campaign funds cannot come from the monies that belong to the generality of Nigerians.

“Individuals can donate, and companies can donate subject to limits that the law provides. We are not touching those. But where you take monies meant for positioning troops in the North East to fight against Boko Haram to fund parties (and) the most recent – when you take our crude, gave unregistered crude to exporters, repatriate the proceeds and use them to finance your political campaigns – that is wrong. That is impunity at its worst. So they are not comparable.”

He also stated that the current administration would not spare any of state governors found to have used public fund to finance their respective campaigns.

“As at today, of course there are APC governors and ex-governors that are under investigation, maybe not in respect or specifically campaign funds but there are.
“The basic principle is – impunity must be removed from the system and wherever the tree falls, so let it be!

“I am sure that if that happens, the kind of president that we have will look the other way. Normal process must take its course.”

Oyegun, while admitting that the ruling party is currently in a serious financial crises, stressed that the party won’t rely on the President for bail out.

He disclosed that a mechanism has been put in place that would make every member to pay at least N100 monthly due, adding that the party can realise between N10 million and N20 million monthly.

“We came into office as part of change and as far as our political situation is concerned it means that party should not be funded from public funds and that is the reality.

“And so we are making members to pay. We have over 12 million registered members of the party and we have all had a system where everyone will pay at least N100 per month to legitimize their membership.

“If in our calculation, five of N10 million of these we manage to collect them, at the end of the day we have very little,” Oyegun said.