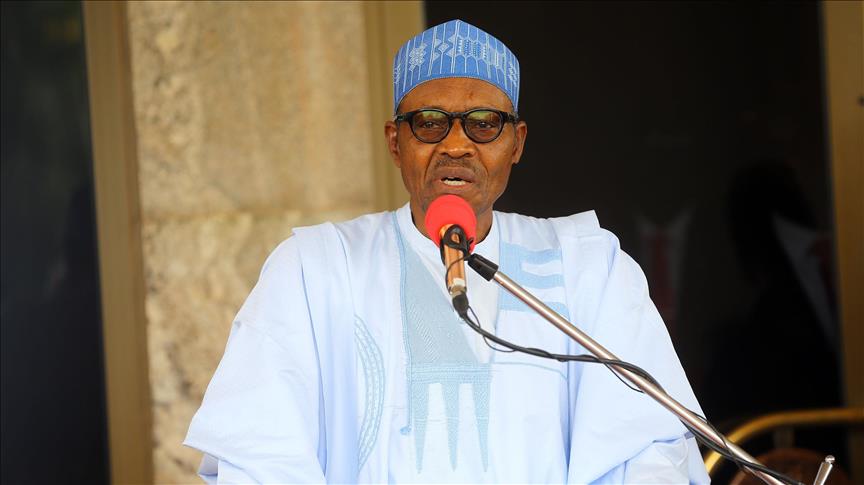 Amid a deep infrastructure deficit and other woes, the country’s future lies in agriculture and manufacturing, says president Nigeria’s President Muhammadu Buhari said on Monday that the country’s future lies in agriculture and manufacturing, as the falling price of crude oil sets Abuja on the edge of economic collapse and currency crisis.

Buhari added that the country equally needs workable policy options to ensure stable electricity and affordable housing, as well as bridge the deep infrastructural deficit, to address the many challenges facing it.

“If we aggregate public views from the grassroots, city dwellers, the economic managers, consumer groups, the Unions and other stakeholders of the economy, there is near unanimity about the ills of our economy. But naturally, there are divergent views about solutions,” Buhari said in a speech opening a two-day economic summit called by his administration to tackle the economic crisis.

The president’s speech signaled the need to refocus the economy from oil dependency to one driven by agriculture, manufacturing, and taxes. Oil and gas currently accounts for 11 percent of the country’s gross domestic product, versus 50 percent from the service sector, 23 percent from agriculture, and 16 percent from industry and construction, according to the latest figures from the country’s National Bureau of Statistics.

Despite contributing just 11 percent percent of GDP, oil accounts for more than 80 percent of earnings from exports.

Agriculture, which contributed roughly 65 percent of GDP in the 1960s, suffered neglect from the 1970s during the oil boom. This has been blamed for Nigeria currently spending up to $5 billion annually to import foods.

Buhari identified the lack of consistent policy, high cost of borrowing, and lack of long-term funding as well as obsolete infrastructure as major challenges in the drive to diversify the economy.

The summit, hosted by the government’s National Economic Council chaired by the vice president, is being attended by governors from the country’s 36 states, top lawmakers, and other key stakeholders, among others.

With oil selling for around $40 a barrel, down from over $100 two years ago, Nigeria has been caught in a serious financial logjam as many states are unable to pay workers or undertake any development projects. It has also resulted in a foreign exchange shortage and depleted its foreign reserve, with the country unable to meet the forex needs of most of its importers and citizens.

The local currency, the naira, has consistently fallen against the dollar as importers – barred from getting dollars from banks – now struggle to get forex from alternative sources on the black market, a practice experts say opens the naira to speculations.

Buhari urged the summit to come up with policies to address the challenges.

“For too long government policies on agriculture have been half-hearted, suffering from inconsistencies and discontinuities,” the president said.

“Yet our real wealth is in farming, livestock, hatcheries, fishery, horticulture, and forestry.”

He added that his administration hopes to generate at least 10,000 megawatts of electricity within the next three years, beginning with adding 2,000 megawatts to the national grid in 2016 alone.

“We are facing the classic dilemma of privatization: Public interest Vs the Profit Motive. Having started, we must complete the process. But the National Electricity Regulatory Commission (NERC), the regulatory authority, has a vital job to ensure that consumers get value for money and overall public interest is safeguarded,” the president said, apparently balancing the fear of investors with consumers’ agitation over the high cost of electricity.

Buhari also lamented the poor state of the health industry, which he says results in Nigerians spending at least $1 billion annually to access medical care outside of the country.

He said his outlines of the problems confronting the economy and possible solutions to them “are by no means exhaustive.”

“I hope this retreat will come up with practical, viable solutions and recommendations as we chart a course for our nation in this turbulent domestic and international economic environment,” Buhari added.