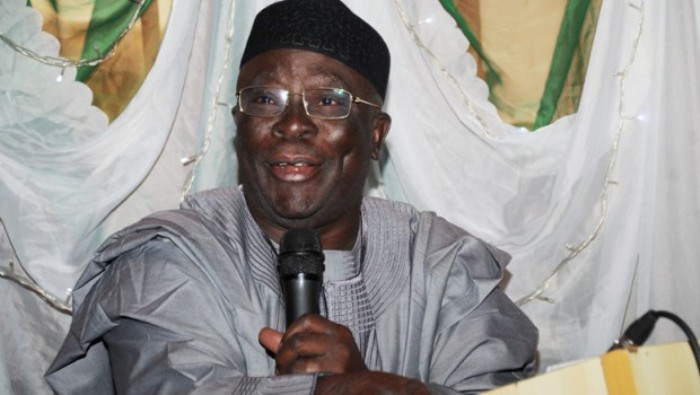 Elder statesman and a leader of the Yoruba socio-cultural group, Afenifere, Chief Ayo Adebanjo, has rated the administration of President Muhammadu Buhari below average.

Adebanjo said that from every indication, President Buhari was never prepared for the office of the presidency before he came into power.

Speaking with National Mirror, the elder statesman noted with great disappointment that the All Progressives Congress-led government has not been able to live up to expectation of Nigerians after one year in office, adding that Buhari did not do his home work very well before taking over the mantle of leadership in May last year.

Buhari to me in the last one year has not been impressive,” he averred.

Adebanjo, who admitted that, though, President Buhari has done well in his fight against corruption, however, expressed reservations for his clear disdain for the rule of law.

“Buhari he has done very well in anti-corruption crusade. But the only reservation I have about that is that he is doing it with disregard for the rule of law which I don’’t like, for instance, the ruling on Dasuki and some others. He can still get what he wants without disregard for the law. That is the minus I give him there,” he added.

Speaking further, Adebanjo pointed at some vital areas that the president should have improved on since he assumed power in May 2015.

Even if he has not achieved anything in one year, of course I don’’t expect him to achieve much in one year, but where is the programme? In health, education, works, nothing has since been done; no roadmap for the change that can be used to measure you.

He said the state of the nation shows that the President failed to do his homework before coming into power.

“These are the things that are dragging back the quality of the universities now. What I am expecting is that Buhari should have done his home work properly before coming to power,” he asserted.