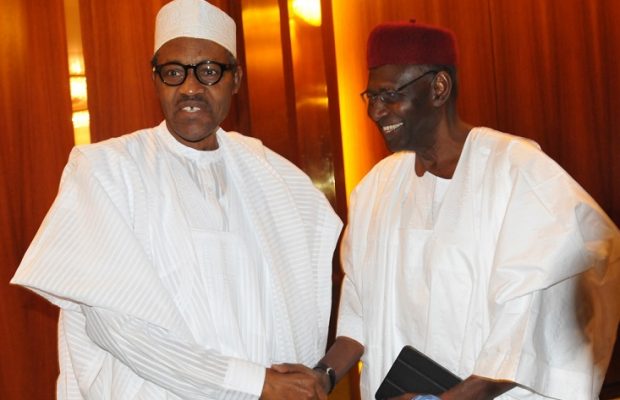 The Chief of Staff to President Muhammadu Buhari, Alhaji Abba Kyari, has denied speculations that he was suspended by his principal.

He said he was only on vacation and had resumed.

“Are you going to tweet that I am back?”, he asked while coming out from the president’s office.

On social media reports that he was suspended, he asked: “Can’t I go on leave?”

Asked to speak on camera, he said: “I don’t talk to the press. You know my job doesn’t allow me to talk.”

Buhari was said to have ordered the probe of Kyari for allegedly receiving N500m from MTN to facilitate a reduction of a fine handed the telecommunication firm by the Nigerian Communications Commission (NCC).

Recall that the NCC had also ‎denied receiving bribe from MTN.

Minister of Industries, Trade and Investment, Okechukwu Enelamah, has also denied any involvement with the alleged repatriation of $13.9bn by MTN.