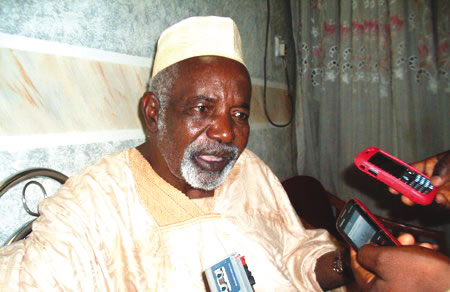 A former Governor of the old Kaduna State, Alhaji Balarabe Musa, says Buhari’s military background in addressing ethnic agitations in the country was affecting his performance.

Balarabe said the Buhari-led Federal Government had not shown seriousness in using dialogue to resolve agitations from different geopolitical zones of the country.

Speaking in an interview with our correspondent on Thursday, Balarabe said Buhari should show that he is now a converted democrat by using dialogue to settle crises rocking the country.

The former governor, who described Buhari’s first year in office as a waste, said he doubted whether the President would make the most of the remaining three years of his tenure.

Balarabe said, “Buhari has not demonstrated that he is serious about using dialogue to resolve the various ethnic tension. This government does not care about dialogue. The President’s military background and approach are affecting his performance. Former President Musa Yar’Adua understood the importance of dialogue which enabled him to put a halt to militancy in the Niger Delta. But what do we have now? Tension and agitation in different parts of the country.

“Dialogue is the only way to resolve the Biafra agitation in the South-East, the Niger Delta Avengers and the Boko Haram violence. The APC does not deserve a second term. The PDP is not also a better option. We need another credible alternative.”

Balarabe, however, said if the President adopted a revolutionary approach, he could reverse the mistakes he made in his first year in power.

“The solution is the return to  a state-economy rather than a privatised economy which is not helping the country. There is unemployment, poor power supply, tension across the geopolitical zones and poverty. The country needs a better alternative that would restore peace, ensure the rule of law and revive the economy. The APC and the PDP lack the capacity to achieve this.”