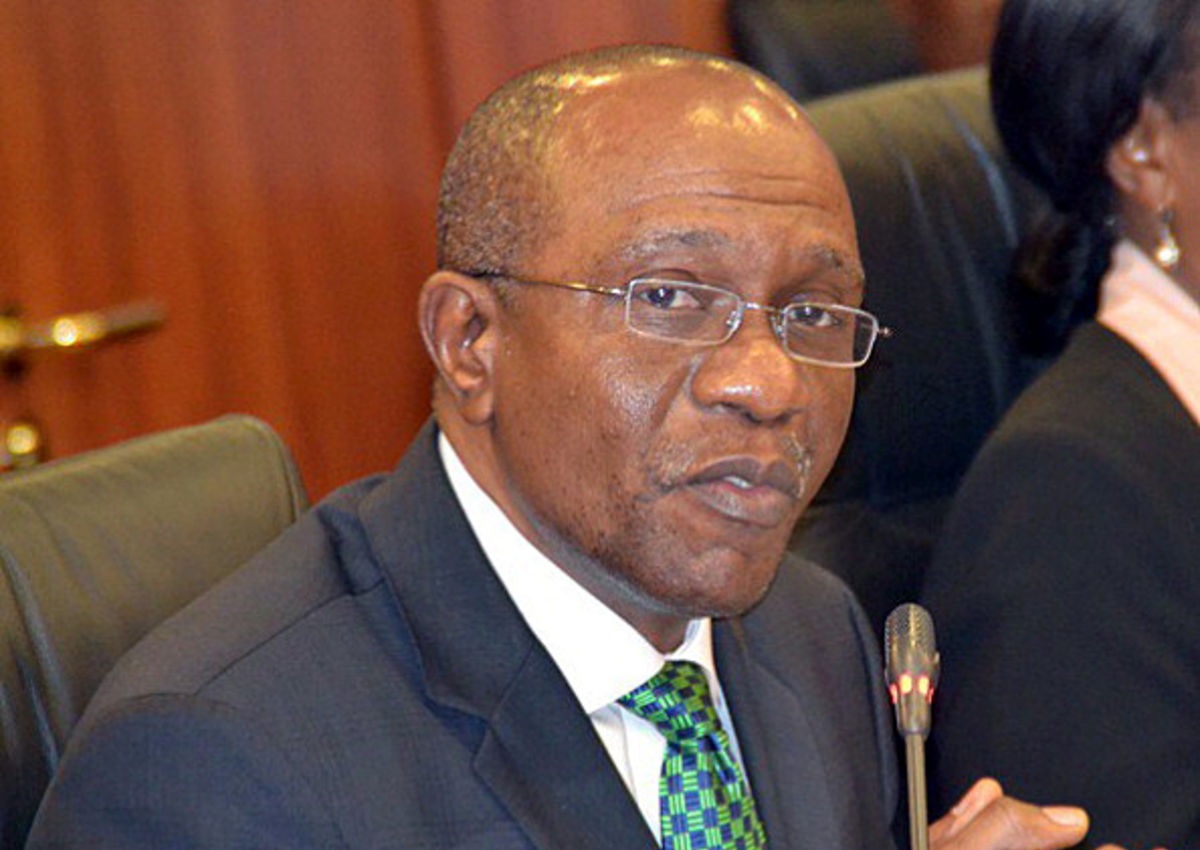 Cabal Behind Call For Emefiele’s Removal As CBN Governor

A powerful lobby group approximating a cabal wants Godwin Emefiele, governor of Central Bank of Nigeria (CBN) out of office, it has been revealed.
It was gathered that Emefiele inadvertently stepped on their toes while formulating and executing the country’s monetary policy.
The group was said not to be happy with his policies on devaluation, Biometric Verification Number (BVN), strong forex restriction, hike in Monetary Policy Rate (MPR) and sundry measures.
The players, whose interests may have been scuttled in the last six months, are believed to be behind efforts at forcing a reversal of the ongoing monetary policies in the country.
It has been revealed that they employ measures such as sustained media blitz portraying the policies in bad light, tinkering with market instruments to force continued slump of the naira and high powered lobby to the presidency to effect a change of guard at the CBN.
Analysts say the combination of these factors and key officials in the country’s financial regulatory agencies are largely responsible for what insiders believe to be the recent run of bad press on Emefiele and government’s policy direction.
For instance, a top official, who works in one of the two major money regulatory agencies in the country and who spoke anonymously, identified them as extremely powerful individuals in the global financial market with their Nigerian collaborators.
The official also listed the names of those believed to be behind the campaign to force a change of monetary policies in the country.
But in a swift defence of the CBN boss, Governor Adams Oshiomhole of Edo State said those calling for Emefiele’s removal as CBN governor were corrupt individuals who have been feeding off Nigerians.
“President Buhari is not going to be fooled by people who want to have a regime where government is just an onlooker and allow the naira to become worthless and people are making money from speculations; so, those guys are wasting their time.
“We have a new Federal Government that has won election on the basis of a mantra of change and there are all kinds of people who have made a lot of money from the economy without contributing anything but by just playing on exchange rates,” Oshiomhole said.
Towing Oshiomhole’s stand is a coalition of civil society groups that has condemned calls for sack of Emefiele.
They described the calls as coming from “a shadowy, bogus and unscrupulous group parading itself as a civil society organization.”
The civil society groups claimed that the central bank governor was being persecuted for the policies on the implementation of the Bank Verification Number (BVN), restriction on foreign exchange allocation, reform of the bureau de change sub-sector, and refusal by the central bank to devalue the naira.
The groups also claimed that the “phony” group threatening to hold a protest against Emefiele was not a civil society organisation and was therefore not recognised by the coalition of civil society groups in Nigeria.
In a statement, the coalition insisted that regardless of how this “phony group” tries to mask itself as a civil society organisation, an independent investigation had revealed that it was in fact a political organisation of paid agents and sponsored groups representing the interest of a certain geopolitical zone in the country.
The coalition revealed that the promoters of this group were persons who are known to be troublesome and have the capacity to disrupt the public peace.
The groups said they fully appreciate the difficulties and anxieties of many Nigerians given the present tough economic environment, but maintained that the situation was not caused by one man or one institution and considered it unfair for anyone or group to try to put the blame on only one person or organisation.