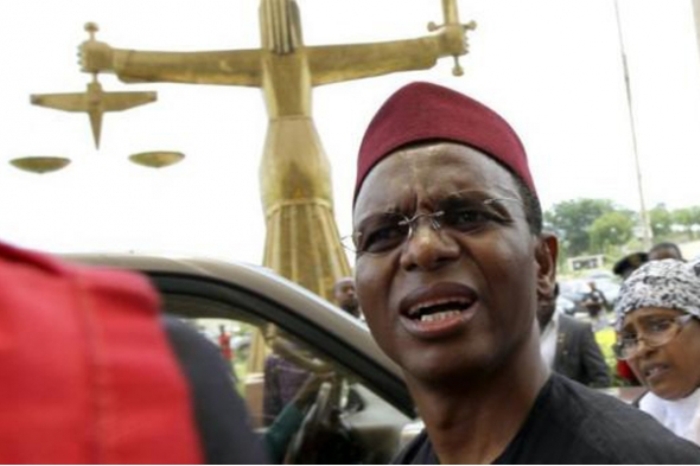 Governor Nasir el-Rufai of  Kaduna State on Monday said the Federal Government had been notified about the earth tremor that rocked Kwoi  in  Jaba Local Government  Area of the state on Sunday.

He also called on residents of the state to remain calm following reports of earth tremor in the state that caused panic and confusion among the people of the area.

It was gathered that on July 30, 2016, Hayin Magani in Ikara Local Government Area of the state  was rattled by earth tremor which destroyed some homes and injured some people.

The Chairman, Caretaker Committee of the LGA, Mr. Ben Kure, confirmed the development, saying that the first one happened around 10.30am on Sunday.

He  had said, “I was in the church around 10.30am when the whole town shook. It lasted for about three to five seconds. I came out of the church and we inspected the town and there was no damage to any building and no one was injured.

“Two hours later, while I was driving to Kaduna, a palace official called to inform me that there was another one that took place. When I inquired, he said that there was no damage.”

The governor’s Special Assistant on  Media and Publicity,  Samuel Aruwan, said in a statement that his principal  had notified the geological and emergency agencies for necessary actions.

Besides, while sympathising with the people of Kwoi, el-Rufai directed the State Emergency Agency to, as a matter of urgency, mobilise to the area immediately.

The statement read in part,“The governor sympathises with the people in the Kwoi area over the reported earth tremors. He has directed the State Emergency management Agency to mobilise to the area and comfort our citizens. The national geological agency has also been notified, and has been invited to investigate the tremors in the Kwoi area and provide an appropriate guidance.

“The Kaduna State Government is receiving updates from the area. Relevant government agencies have been directed to take steps to comfort the residents of Kwoi area and to allay their fears as they come to terms with an unusual event.

“The Kaduna State Government wishes to appeal for calm, and urges everyone not to spread unverified information, or create panic.”