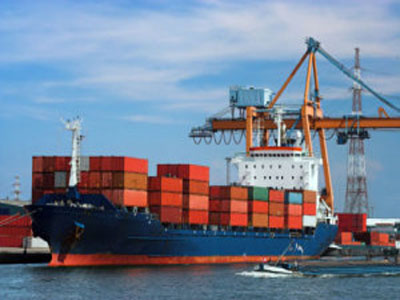 Cargo firms, Arik, others partner on $5.2b agro export 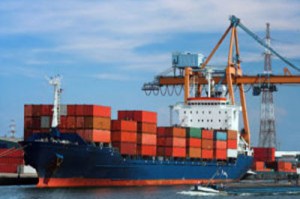 The  government of Anambra State  and a courier and cargo company, ABX World,  plan to facilitate the export of about $5.2billion worth of agro-allied products to European countries yearly.

ABX  Anambra, World Chief Executive Officer Captain John Okakpu, who made this known, listed others in the deal as Arik  Air and Skyway Aviation Handling Company (SAHCOL), adding that it would facilitate the packaging and air freighting to European countries.

Okakpu described the partnership as part of the state government’s efforts  to lead the way in its commitment to  developing agriculture.  The gesture, he said, is  capable of generating jobs, eliminating poverty and restoring investor’ confidence in the state.

He said the state had become a trailblazer in this regard, as “different state governments, realising their dwindling fortune in the wake of falling oil revenue, are now interested in the agro-allied exports.” He said Anambra State was leading the way through serious commitment to agriculture , adding that the state is far ahead of others in  grassroots structure and technology deployment to aid farmers.

“The next step was the geo-mapping of the area for easy identification of the farmlands from any part of the world. This is a sure step to curb the incessant rejection of agro-allied produce from Nigeria at the European and the rest of the world markets.

“The EU certified trainers were in Nigeria about three months ago. So, after that training and certification programme, the participants were guaranteed of three years contract to supply agro-allied produce to Europe and can use it for the rest part of the world.

“This is the real capacity building we are talking about. There is no other better way to fight poverty and encourage farmers than to provide markets for them.”

Okakpu added that they are working with other partners, Arik Air and SAHCOL to ensure that about 75 farm products of which Ugu-pumpkin leaf tops the list, are exported from Nigeria to Europe and rest of the world.

He expressed optimism that the project will create millions of jobs in the country as more states queue-in into it.

He said that ABX World will use its partnerships around the world to make a difference, “create agricultural revolution whereby we bring in the off-takers to take agricultural products as long as they meet the international standard and requirements.”

Mbanefo said  Willie Obiano administration wants to be economically independent and buoyant and reduce excess dependence on the Federal Government.

“As a people-oriented administration, Willie Obiano has always sought for ways to create security,  good road network, peaceful night life; these are things that will get people involved, bring in investors and tourism. Now, the agro-allied export is another testament to the government unrelenting efforts to ensure Anambra State farmers do not lack market to sell their products.

“It is very imperative to note that before commencing the exports, the farmers through their cooperative societies received training and certification. In other words, we are confident that these products like pumpkin leaf (Ugu), and others will meet the market standard. As a government, we are happy about this new development and we are thankful to other facilitators like ABX World,” the Commissioner said.