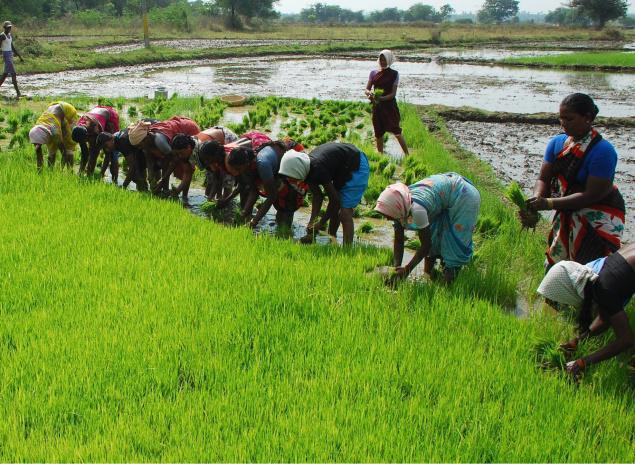 About 10,000 rice farmers in Kano State are to benefit from the Central Bank of Nigeria (CBN) Initiated Rice Anchor Borrowers programme, under the first phase.

The first batch of 5, 540 beneficiaries have been cleared for participation in the programme while the rest are awaiting clearance from the apex bank to enable them participate.

The state governor, Dr Abdullahi Umar Ganduje, explained that more farmers would be involved in the programme during the year’s dry season and subsequent rainy seasons.

“It is envisaged that thousands of rice farmers in the state will take advantage of the programme, aimed at creating profitable linkages between over 600, 000 small holder farmers and large scale processors in Nigeria, with a view to increasing agricultural production and extensively improving capacity utilisation of integrated mills,” he added.

Ganduje noted that the President Muhammadu administration accorded top priority to agricultural production, as one of the viable sources of revenue generation, job creation and ensuring food sufficiency for its teeming populace.