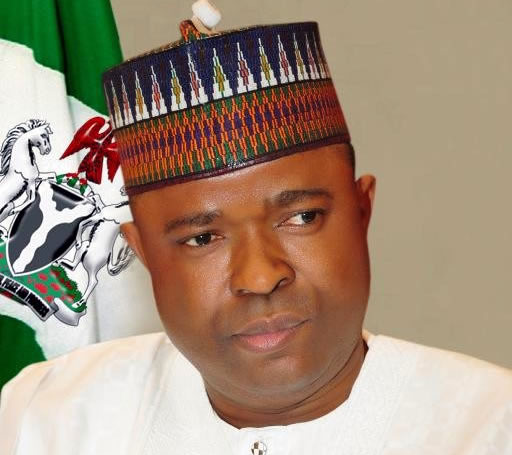 The Chairman, Senate Committee on Banking, Insurance and other Financial Institutions, Senator Rafiu Ibrahim, has said that time will soon run out on recalcitrant obligors of the Asset Management Corporation of Nigeria.

He said this was because of the renewed commitment of the Senate to build strategic collaboration with AMCON to develop greater capacity for debt recovery and sustained development in the country.

Members of the Senate committee are in Uyo, the Akwa Ibom State capital, for a three-day retreat to deliberate on the best approaches to be adopted to help the Nigerian economy to recover from recession.

The theme of the retreat is: ‘Economic rebuilding through eligible assets recovery’, with the management of AMCON led by its Managing Director/Chief Executive Officer, Mr. Ahmed Kuru, among other stakeholders, in attendance.

Welcoming participants, Ibrahim stated that the Senate was committed to helping in stabilising the economy, but added that was no how this would be achieved without collaborating with key institutions of government like AMCON, which he argued carried a huge burden on behalf of the government.

Ibrahim said, “This retreat for the Senate Committee on Banking, Insurance and other Financial Institutions is in keeping with our commitment to build strategic collaborations in order to develop greater capacity for sustained development. It is my hope that we will fully achieve the objectives of this retreat, thereby strengthening the relationship between AMCON, this committee and indeed the entire hallowed upper legislative chamber.

“It is my expectation that at the end of the day, this committee will have identified new legislative support frameworks for AMCON, where necessary, as well as more efficient ways to consolidate on already existing support legislation and frameworks so that AMCON can be strategically positioned to optimally perform its uniquely important responsibility of asset recovery and management.”

“AMCON, since its founding, has been a key stabilising and revitalising force in the Nigerian financial system, and requires vital support from the legislature to achieve its statutory objectives.”

Earlier in his remarks, Kuru described AMCON as a child of necessity in the development of Nigeria’s financial system and needed the support of other critical stakeholders to cover significant ground in its debt recovery mandate.

Similarly, the Senate Committee on Privatisation has promised to assist electricity distribution companies and other relevant organisations in the sector to ensure that Nigerians enjoy regular power supply.

The Chairman of the committee, Senator Ben Murray-Bruce, who made the promise when he led other members of the committee on a fact-finding mission to the Port Harcourt Electricity Distribution Company on Thursday, said the committee was in the Rivers State capital to see how it could help in solving the problems of the PHED.

Murray-Bruce, who spoke after a closed-door meeting with the PHED management, explained that the committee would work with the Ministry of Power and the four states that the firm was covering to ensure that the problem of energy theft, ageing cables and low return on investments were resolved.

He stated, “The privatisation committee in the Senate is on a fact-finding mission across the country to look at industries that have been privatised in the last 10 years, particularly the power sector, to find out what problems they have and how we can assist in solving the problems.”

“The PHED has listed their problems, which include low tariff that is too low to get return on investment, energy theft, ageing cables, etc. But we understand the consumers’ plight because if you don’t have light, but you are expected to pay three times of what you used to pay before, of course it agitates. So, we are not here to blame anybody, but to find a peaceful way to resolve the problems.

“We are going to study the problems and find solutions to them. We are going to work with the Minister of Power and the four state governments in the region.”

Murray-Bruce called on the electricity distribution companies to be transparent in their dealings with the Federal Government, which still has 40 per cent stake in the firms.

“But if they commit fraud, they lose their status. The government will take out their business. Anyway, those are allegations, but I don’t think anybody will invest billions of naira and then turn around to do such.”

In his remark, the Managing Director of 4Power Consortium Limited, owners of the PHED, Mr. Matthew Edevbie, called on the Federal Government to address the problem of scarcity of foreign exchange.

He observed that while the cost of production was increasing for the Discos, they could not increase electricity tariff.

Edevbie said, “So, we are saying to the government that this issue of foreign exchange has to be stable for us because our income is not variable. You can imagine that a bottle of beer, which was previously N200, is now N350.

“As the prices of raw materials increase, the producers are also increasing their prices. But in my own case, our cost of production is increasing, but we cannot increase the tariff, because if we do, there is going to be a problem. So, who should take that loss? The government should please stabilise the foreign exchange rate.”