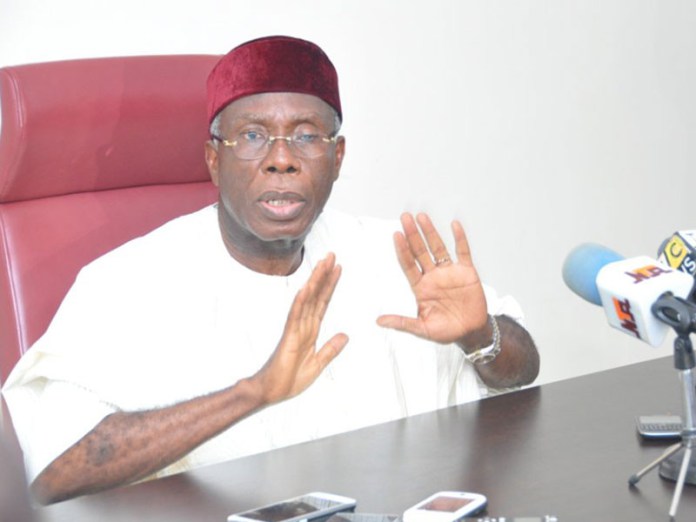 Nigeria plans to capitalize its state-owned Bank of Agriculture with N1 trillion ($3.2 billion) and will allow the lender to take deposits as Africa’s most-populous nation seeks to boost farming output and reduce food imports.

“We are looking at 25 million farmers” as stakeholders or depositors, Agriculture and Rural Development Minister Audu Ogbeh said in an interview with Bloomberg in Abuja. “We are probably going to take a major step by the end of this year, and by February, March, have a structure in place for the changes we want to carry out.”

Nigeria’s economy contracted in the first nine months of the year as output of oil, the government’s main source of revenue, dropped due to attacks by militant groups on pipelines in the Niger River delta and prices remained low. Farming, which mostly consists of crops including cocoa, accounts for more than 25 percent of gross domestic product, and has expanded every quarter of 2016, while factory output and mining, which includes the oil industry, shrank, according to the National Bureau of Statistics.

The Bank of Agriculture will start lending for farming projects at an interest rate of less than 10 percent, or less than half of commercial market rates, Ogbeh said.

The bank, created in 1972 to provide credit and technical support to farming projects, lent at least 41 billion naira to 600 businesses across Nigeria over 10 years, according to information on its website.
“It’s good to invest in the bank, but they should ensure they have proper management to improve its performance and efficiency,” the division head for agriculture at Fidelity Bank Plc, Musa Tarimbuka said.

“They have disbursed a lot of money over the past 40 years, and the non-performing loans are very high.”
The government plans to distribute 110 rice mills across the country over the next two months at a subsidy of 40 percent, Ogbeh said. These measures will help boost production and reduce food imports, which were worth about 1.2 trillion naira last year, according to statistics bureau data, he said.