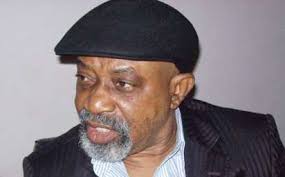 The Minister of Labour and Employment, Dr. Chris Ngige, will on Tuesday (today) meet with the President and executive members of the Academic Staff Union of Universities in Abuja to resolve the lingering strike by the union.

A statement from Deputy Director (Press), Ministry of Labour and Employment, Samuel Olowookere, on Monday night, said the government delegation at the meeting would include the ministers  of Education and  Finance, Chairman, National Income Salaries and Wages Commission, Executive Secretary, National Universities Commission and the President of the Nigeria Labour Congress.

Our correspondent had on Monday reported exclusively that the Federal Government would meet with ASUU leadership this week to resolve the strike which had paralysed academic activities in public universities across the country.

The union leaders were expected to brief the government delegation on the resolutions reached on the offers made by the Federal Government during the last meeting held on August 17, 2017.

“Senator  Ngige calls on ASUU to show good faith as the Federal Government had already demonstrated commitment to addressing the grievances of the union,” the statement noted.