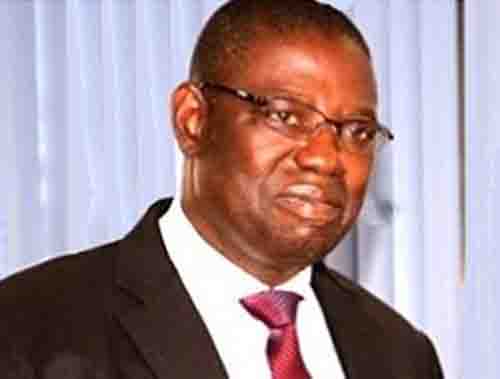 A former acting Director General of the Nigerian Maritime Administration and Safety Agency, Haruna Jauro, and two others being prosecuted for an alleged fraud of N304.1m, have commenced a move to enter into plea bargain with the Federal Government.

Justice Mojisola Olatoregun of a Federal High Court in Lagos before whom the accused are being prosecuted has adjourned till November 21, 2016 for a report on the plea bargain process.

The Economic and Financial Crimes Commission prosecutor, Mr. Rotimi Oyedepo, confirmed to the court on Monday that the defendants had approached the anti-graft agency to explore the option of plea bargain.

Jauro,  Dr. Dauda Bawa and Thlumbau Enterprises Limited were arraigned on 19 counts on April 12, 2016 by the EFCC.

Jauro assumed the leadership of NIMASA following the sacking of an erstwhile Director General of the agency,  Patrick Apkobolokemi, who is now being prosecuted alongside others for alleged multi billion naira fraud in the agency.

The EFCC accused Jauro and others of conspiring among themselves to defraud NIMASA to the tune of N304.1m between January 2014 and September 2015.

The anti-graft agency alleged that the defendants converted the sum to their own.

The EFCC prosecutor, Oyedepo, told the court that the accused acted contrary to Section 15(1) of the Money Laundering (Prohibition) (Amendment) Act, 2012, and were liable to punishment  under Section 15(3) of the same Act.

The defendants, however, pleaded not guilty to all the counts, following which they were admitted to a bail of N5m each with two sureties in like sum.

At the resumed proceedings of the case on Monday, however, Jauro’s lawyer, Chief Babajide Koku (SAN), told Justice Olatoregun that his client had decided to enter into plea
bargain with the EFCC.

Koku said his client took the decision on Monday and had already commenced talks with the EFCC.

He said, “It (plea bargain decision) came up this morning. I discussed directly with my learned friend, prosecuting counsel.”

The prosecutor, Oyedepo, confirmed the development to the court.
He said, “I confirm the intention of the defence to enter into a plea bargain with the prosecution.”

Consequently, Justice Olatoregun directed the parties to proceed with the plea bargain and ensure that the process went on without delay.

She adjourned till November 21, 2016 for the parties to return to court to give a report on the process.

“By the time you come back, you would have filed the plea bargain agreement and I would look at it and evaluate it,” the judge said.