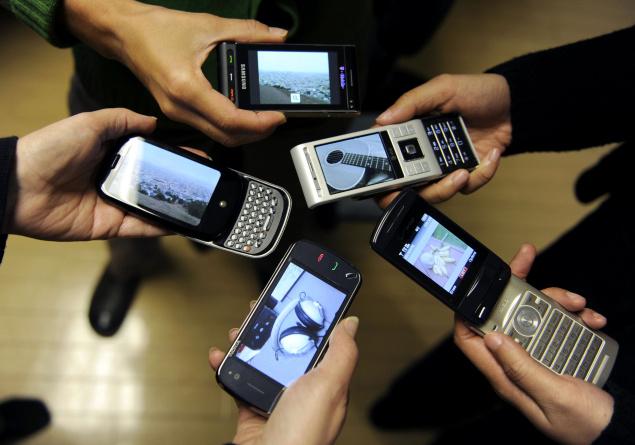 The ongoing GSMA 360 Africa Mobile Conference holding in Dar Es Salaam in Tanzania, has predicted that mobile subscription in Africa would reach 725 million in 2020, up from its current penetration level of 500 million, with Nigeria, Egypt and South Africa, topping the list of highest number of mobile subscription on the African continent.

Nigeria’s mobile subscription, which currently stands at over 160 million, has been adjudged as the fastest growing telecoms market in Africa and the world.

Director General, GSMA Mobile 360 Series, Mr. Mats Granryd, who announced the growth rate of mobile subscription in Africa, said the forecast to reach 725 million by 2020, accounted for 54 per cent of the expected population of Africa.

The prediction, he said was hinged on some trends that are currently driving mobile subscription in Africa.

“African mobile subscribers are rapidly migrating to mobile broadband networks and services, a result of ongoing network rollouts and the increasing availability of affordable mobile broadband devices and tariffs. Mobile broadband (3G/4G) accounted for just over a quarter of total connections at the end of 2015, but is expected to account for almost two-thirds by 2020,” Granryd said.

According to him, by mid-2016, there were 72 live 4G networks in 32 countries across Africa, half of which have launched in the last two years. The number of smartphone connections in Africa is forecast to more than triple over the next five years, rising from 226 million in 2015 to 720 million by 2020, Granryd added.

The predictions were the outcome of a recent research carried out by GSMA 360 Africa and made public in Tanzania.

According to the report, mobile’s contribution to African GDP, Jobs and public funding, were expected to rise.

The use of mobile technologies and services across Africa, generated $153 billion in economic value last year, equivalent to 6.7 per cent of the region’s GDP. The contribution, according to Granryd, would increase to $214 billion by 2020, which is 7.6 per cent of expected GDP as countries in Africa continue to benefit from the improvements in productivity and efficiency brought about by increased take-up of mobile services.

The report said Africa’s mobile ecosystem also supported 3.8 million jobs in 2015 and made a $17 billion contribution to the public sector via general taxation. The number of jobs supported is forecast to rise to 4.5 million by 2020, while the tax contribution is expected to increase to $20.5 billion.

The report also explains how mobile is powering innovation and entrepreneurship across Africa. It notes that there are now approximately 310 active tech hubs across the region, including 180 accelerators/incubators. Mobile operators are supporting this ecosystem by opening up new services to third-party developers in areas such as messaging, billing, location and mobile money, which has allowed start-ups to scale quickly.

Mobile technology is also playing a central role in addressing many of the social challenges in Africa, including the ability to provide citizens with official identities, tackling the ‘digital divide’ by enabling access to the mobile internet, and delivering financial inclusion via mobile money services. The number of mobile subscribers in Africa that access the mobile internet has tripled in the last five years, reaching 300 million by 2015, equivalent to a quarter of the African population, the report said, adding that additional 250 million subscribers are expected to become mobile internet users by 2020, bringing the total to 550 million, which is 41 per cent of expected population.

Managing Director, Vodacom Tanzania, Mr. Ian Ferrao who commended the growth, called on African governments to ensure adequate availability of broadband spectrum and broadband bandwidth, to enable Africa sustain the growth. He said Vadacom had plans to connecting over 50 billion people from emerging markets in Africa, but said it could only be possible if there is available access to broadband.

Deputy Chief Executive Officer of Tigo Telecoms in Rwanda, Mr. Chantal Kagame, spoke on the need for African telecoms operators to reduce the cost of voice calls as well as roaming charges, to enable African subscribers have full access to telecommunications services.