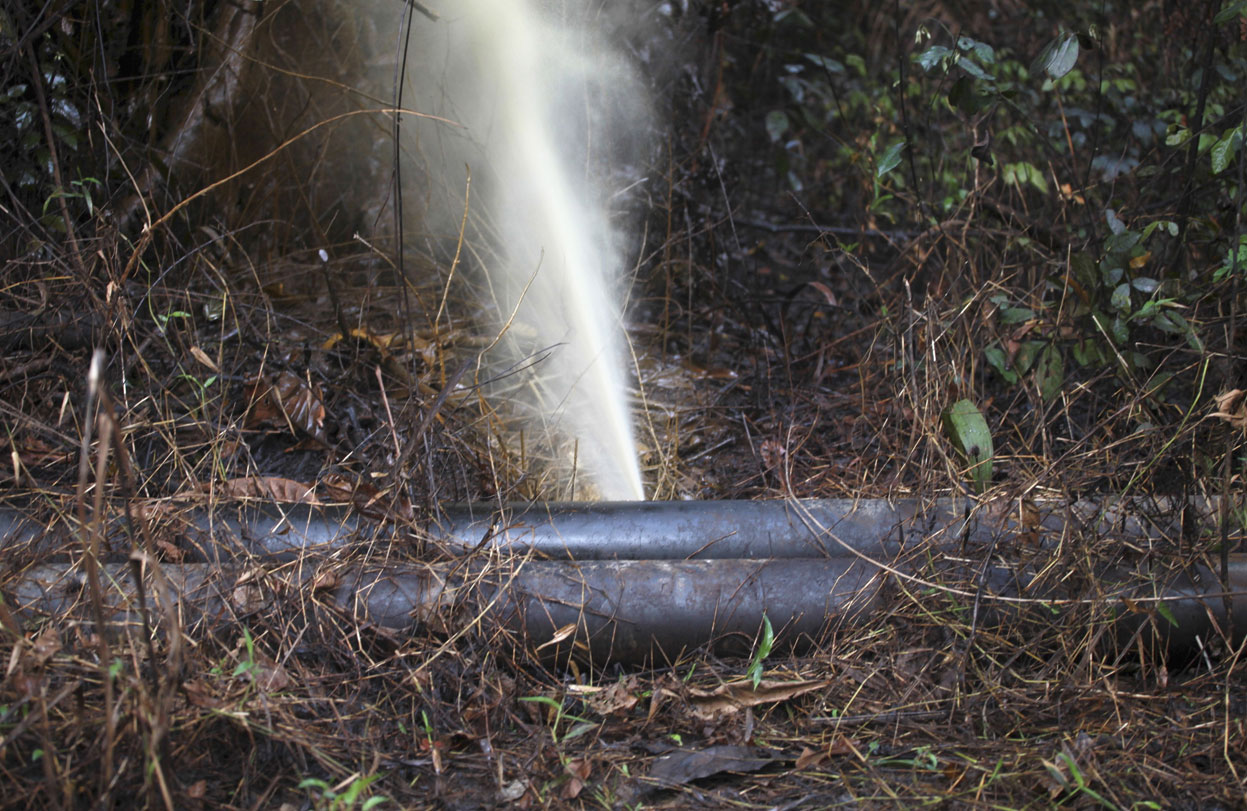 LASEMA spokesman, Kehinde Adebayo, told DAILY POST Monday evening that “leaked fuel is mixing with waste water flowing through the gutter, then to the collector drainages.

” LASEMA has condoned off the leakage area, while Lagos State Fire service from Ikotun station has diluted the fuel with foam.

Adebayo added that public sensitization was carried out by LASEMA to warn people on the danger of naked fire get ting in contact with the fuel.

He disclosed that the pipeline was punctured by vandals.

According to him, a combined team of NNPC engineers and LASEMA team discovered that valves were connected to the pipes to siphon fuel.

The NNPC engineers have, however, carried corrective measure on the vandalized pipeline to stop the gushing out of the fuel.

“ The environment is now secured and safe ,” LASEMA PRO assured,

He urged citizens of the State to report such act for urgent attention to avoid disaster such as fire outbreak and avoidable loss of lives and properties.