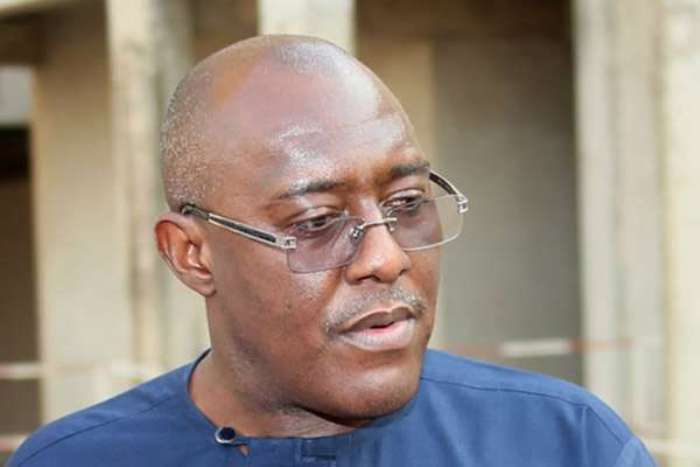 A Federal High Court in Abuja on Wednesday dismissed an application by the National Publicity Secretary of the Peoples Democratic Party, Mr. Olisa Metuh, asking for the release of his passport to enable travel to the United Kingdom for medical treatment.
Justice Okon Abang in rejecting the request in a ruling, held that the court lacked jurisdiction to order the release of Metuh’s passport having earlier directed that it should be deposited with the Chief Registrar of the Court throughout the period of the PDP spokesperson’s ongoing trial.
“The law is settled and required no restatement that when a court has made an order, the court lacks jurisdiction to set aside the order or vary the order,” Justice Abang ruled.
Justice Abang also ruled that the prosecution – the Economic and Financial Crimes Commission – having expressed fear that Metuh could jump bail, “the court must be very careful in deciding such complex application.”
“What the court needs to do is to balance the conflicting rights of parties,” the judge ruled.
He ruled that Metuh failed to adduce any evidence that his spinal cord-related ailment which he sought to treat at London Royal Hospital could not be treated in any of the nation’s teaching hospitals and the new hospital in Akwa Ibom State, which he said had been adjudged to be of international standard.
He held that Metuh could not ask for the release of his passport as of right without placing sufficient materials before the court.
The judge ruled, “This is not a sentimental issue. This is not the issue of sympathy. It is purely an issue of the law.
“Chief Olisa Metuh cannot casually apply for the release of his passport as of right.
“Chief Olisa Metuh filed the application as if it is a simple matter. It is not a simple matter.”
The judge also ruled on Wednesday  that the further affidavit filed by Metuh in support of his application was neither dated nor deposed to before the court’s commissioner for oath.
He therefore held that all facts deposed to in the said further affidavit were ignored by the court in arriving at its decision.
On its lack of jurisdiction to grant Metuh’s prayer, the court held that even though the PDP spokesperson failed to ask for the variation of the court order directing him to deposit his passport in the ruling granting him bail on January 19, 2016, only the Court of Appeal could order such variation.
Justice Abang said Metuh failed to appeal against the ruling of the court, adding that in the absence of any order of the Court of Appeal setting aside the directive of the court asking him to deposit his passport, the order subsisted and remained valid.