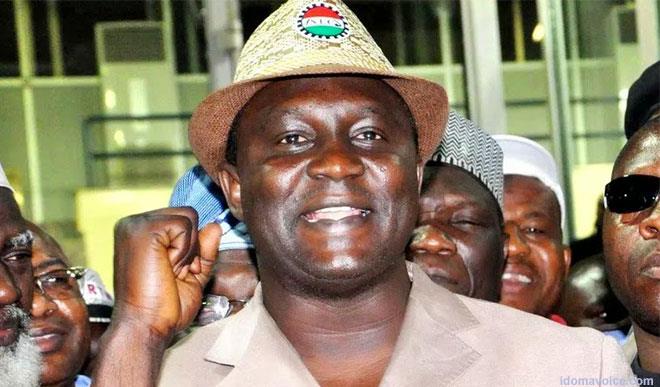 The National Industrial Court, Abuja presided over by Hon. Justice Babatunde Adeniran Ademjumo, OFR, President of the National Industrial Court of Nigeria in Suit No.NICN/ABJ/179/2016 between Federal Government of Nigeria and the Attorney-General of the Federation versus Nigeria Labour Congress and Trade Union Congress (T.U.C) this morning granted an Interim Order of Injunction restraining the Defendants/Respondents, their agents, privies, employees, workmen, or servants from embarking on industrial action, demonstrating or engaging in any action that may disrupt the economic activities of the country pending the hearing and determination of the motion on notice.

The Hon. Attorney General of the Federation submitted that if the reliefs sought in the motion paper is refused, irreparable damage will be occasioned to the country’s national economy, security and corporate existence. He further submitted that the Defendants having threatened to shut down the country have to be restrained otherwise there will be a breakdown of law and order.

In his ruling, Hon. Justice Adejumo held that he has jurisdiction to hear the application and that having read through the affidavits in support of the application, he is satisfied that a case of urgency has been established by the Federal Government of Nigeria to warrant the grant of an interim order of injunction.

He said the threats of the Defendants as contained in the communique issued by the Defendants on the 29th May to shut down all banks; airports, seaports, government offices, markets nationwide has proven that there is a res to be protected.