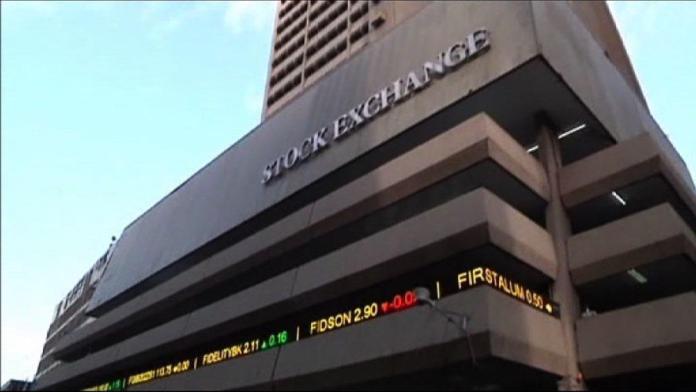 Nigerian equity market has declined for the third consecutive day with a loss of 2.68 per cent due to profit taking.

Stocks declined for a third consecutive day to reach a 16-day low as more investors embarked on profit taking to take advantage of recent gains in the market.

Dangote Cement topped the losers’ chart, dropping by N11 to N214 per share.

The volume of shares traded closed lower with an exchange of 224.78 million shares valued at N5.09 billion in 4,822 deals.