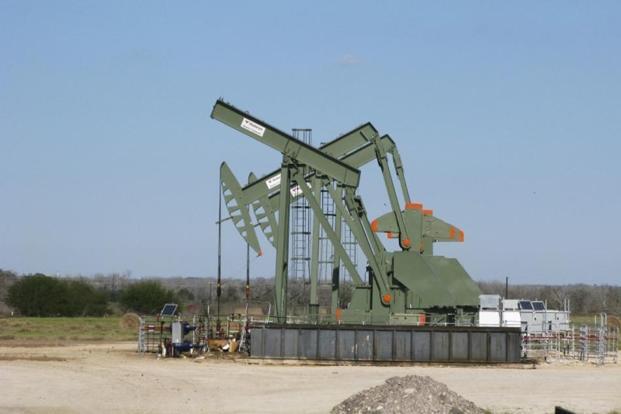 Opec is unlikely to reach an agreement limiting production this week in Vienna as the group sticks with Saudi Arabia’s strategy of squeezing out rivals. Photo: Reuters

New York: Oil is set to cap the longest run of monthly gains in five years as output disruptions from Nigeria to Canada curb supply before the Organization of Petroleum Exporting Countries (Opec) meets Thursday to discuss production policy.

Futures topped $50 a barrel in New York and are set for a fourth monthly advance. Militant attacks have cut Nigerian supply to the lowest level in more than two decades. Producers are starting to resume operations in Canada as wildfires that reduced output by more than a 1 million barrels a day eased. Libya’s Petroleum Facilities Guard captured towns near the oil ports of Es Sider and Ras Lanuf after clashes with Islamic State militants.

“The attacks in Nigeria are probably the biggest reason for strength now,” said Bob Yawger, director of the futures division at Mizuho Securities USA in New York. “The Delta Avengers were back at it this weekend adding to the problems that have cut production by nearly 1 million barrels. This comes as production is dropping elsewhere.”

Oil has surged more than 85% since touching a 12-year low in February on signs the global surplus is easing amid declining output. Opec is unlikely to reach an agreement limiting production this week in Vienna as the group sticks with Saudi Arabia’s strategy of squeezing out rivals, according to analysts surveyed by Bloomberg.

West Texas Intermediate (WTI) for July delivery climbed 52 cents, or 1.1%, to $49.85 a barrel at 11:40 a.m. on the New York Mercantile Exchange. The contract topped $50 in intraday trading for the second time this year. Prices are up about 8.5% in May for the longest run of monthly gains since April 2011. Total volume traded was 32% below the 100-day average.

There was no settlement on the Nymex Monday because of the US Memorial Day holiday. Trades will be booked Tuesday for settlement purposes.

Brent for July settlement, which expires Tuesday, rose 13 cents to $49.89 a barrel on the London-based ICE Futures Europe exchange. Prices are set for a fourth monthly increase, also the longest streak since 2011. The global benchmark traded at an 4-cent premium to WTI. The more-active August contract advanced 28 cents to $50.64.

The Niger Delta Avengers has claimed responsibility for attacks on facilities belonging to companies including Chevron Corp., Royal Dutch Shell Plc and Agip Oil Co., causing Nigerian output to tumble. A message on the Twitter handle @NDAvengers said the Nembe 1, 2 and 3 pipelines of the Brass-to-Bonny Truck Line were hit Saturday. Although the Twitter handle is linked to the group’s website, Bloomberg couldn’t immediately confirm the post’s authenticity.