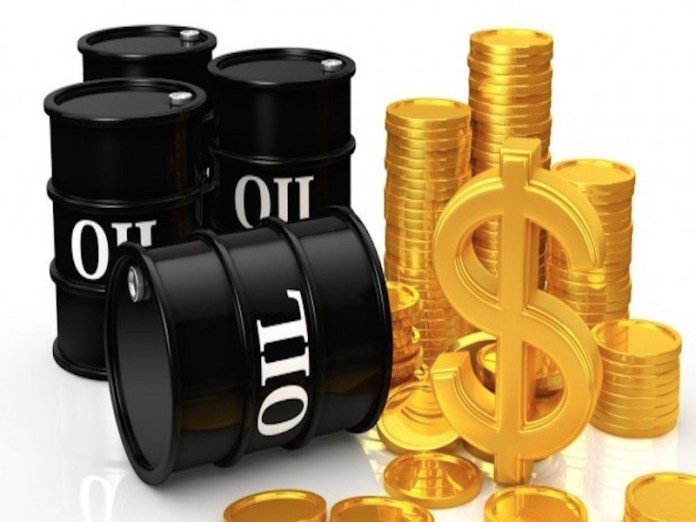 Brent crude rose to over $55 per barrel monday, hitting a 16-month high on rising prospects of a tightening market after the Organisation of Petroleum Exporting Countries (OPEC) agreed on a landmark deal to cut production last week.

This is coming as OPEC is set to meet non-OPEC countries to finalise the global oil output-limiting agreement on December 10 in Vienna, Austria, the first of such meetings between the two groups since 2002.
With yesterday’s gains, Brent has risen by 19 per cent since OPEC reached the agreement, representing the highest in almost eight years.

U.S. crude, West Texas Intermediate (WTI), also recorded a 16 per cent gain since the cartel struck the deal.
Brent crude oil futures, the global benchmark, yesterday soared to their highest since July 2015 to $55.33 per barrel.

After members of OPEC last week agreed to curb production by a combined 1.2 million barrels per day (bpd) from January, all eyes have now turned to a meeting this weekend between OPEC and non-OPEC producers to expand the deal.
The Secretary General of OPEC, Mr. Mohammed Barkindo, said yesterday that the organisation would meet non-OPEC countries on December 10 in Vienna, to finalise a global oil output-limiting pact, the first of such a meeting since 2002.

Barkindo announced plans for the meeting at India’s Petrotech Energy Conference in New Delhi.
The OPEC and non-OPEC meeting had earlier been due to take place in Moscow.

Barkindo yesterday told reporters on the sidelines of the Indian conference that OPEC expects oil demand in 2017 to be as robust as this year.

He said Asia would have a big role to play in the demand growth and that there was plenty of room for OPEC and non-OPEC countries to grow in the global oil market.

“We want the inventory level to be at a past five-year average, not more and not less than that,” he said.
At the 171st meeting of the conference of OPEC held in Vienna, Austria, on November 30, the cartel said it was vital that stock levels were drawn down to normal levels.

In line with the ‘Algiers Accord’, the conference decided to implement a new OPEC-14 production target of 32.5 million barrels per day, in order to accelerate the ongoing drawdown of the stock overhang and bring the oil market rebalancing forward.

According to the communiqué, the agreement will be effective from January 1, 2017.
Member countries, in agreeing to this decision, confirmed their commitment to a stable and balanced oil market, with prices at levels that are suitable for both producers and consumers.

In line with recommendations from the high-level committee of the ‘Algiers Accord’, the cartel also agreed to institutionalise a framework for cooperation between OPEC and non-OPEC producing countries on a regular and sustainable basis.

OPEC underscored the importance of other producing countries joining the agreement.
Non-OPEC producers are expected to agree to add an output cut of 600,000 barrels per day (bpd) at the meeting in Vienna.

Major buyers of the Nigerian crude oil in the North and South America have slashed their imports from the country, the latest report from the Nigerian National Petroleum Corporation has shown.

It said the monthly imports of Nigerian crude by Brazil, the United States and Canada fell to their lowest levels this year in August at 974, 577 barrels, 4.14 million barrels and 905,116 barrels, respectively.

The US, which overtook India in June as the single largest buyer of Nigerian crude, saw its import of the country’s crude rise to a high of 12.12 million barrels in February.

Out of the five regions buying Nigerian crude, only Western Europe and Asia recorded an increase in oil imports from the country in August.