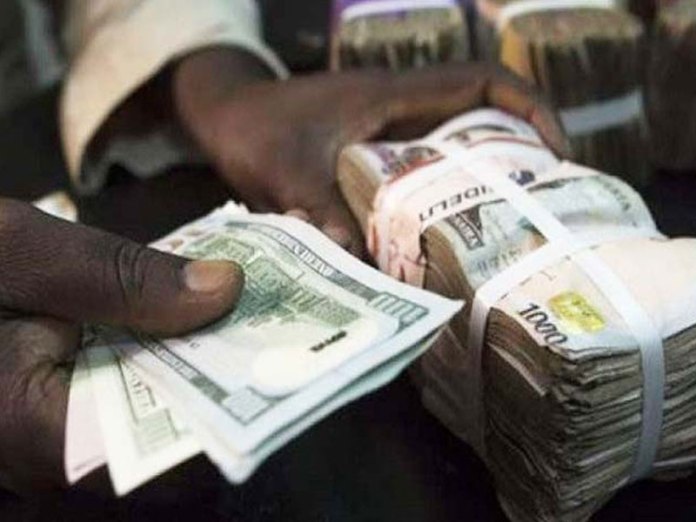 Already, Lloyd’s has made its position clear to the operators in this regard.

Representatives of the global reinsurance giant who visited Nigeria recently, made no pretence about their parent body’s decision as they plainly informed the insurers of the foreign reinsurer’s decision.

Reacting to this, the Chairman of the Association of Airline Operators of Nigeria (AON), Nogie Meggison, in a statement, said forex constraints are their main problem.

According to him, the operators have the naira equivalent of the premium cost but could not access forex to pay their premium.

This is coming on the heels of efforts by the Nigerian insurance industry operators to enforce the regime of “no premium, no cover among insurance buyers in the country.

Representatives of Lloyd’s of London market who were in Nigeria recently, noted that the Nigerian market is a high risk market, yet the volume of business from the country is quite modestly small and airline brokers are not paying their premium.

To this end, they cautioned that in view of the fact that airlines brokers in Nigeria have in recent times failed to pay their premiums, the Lloyd’s market might have no other choice than to blacklist the country which might have far-reaching consequences for the aviation industry and the country to a large extent.

According to Meggison, Lloyd’s market accounts for about 92 per cent of reinsurance of airlines globally, five percent by Russian market, Cyprus and others, while a mere two per cent is retained locally worldwide.
He said going by their minimum capital base and technical capacity, the Nigerian market is grossly unable to effectively underwrite risks in aviation because of the high exposure of an average $500million for just one airplane to cover hull, war and third party liability.

When this figure is multiplied by the number of aircraft operating in the country, it becomes clear that Nigerian insurance companies cannot cope, considering the enormous volume of resources needed to cover all those aircraft of which the total coverage value would be in excess of $6billion.

According to Meggison, virtually 100 per cent of the aircraft being operated in Nigeria are re-insured in the Lloyd’s market.

Hence, Nigeria cannot afford to be blacklisted as a nation because this would have very grave and deleterious consequences, as the entire domestic airlines would shut down since airplanes cannot be operated without being insured.

He said it would take some days at best to switch to the secondary market of Russia and China, whose premiums would also have skyrocketed if they are blacklisted by Lloyd’s.

Meggison added that: “a blacklist will certainly have a negative impact on the Nigerian economy arising from inability to acquire aircraft from Lessors with no insurance, total suspension of operations by airline charter and oil support helicopters, job losses, and other sectors being reinsured by Lloyds market such as oil rigs, vessels, high rise buildings, airports and terminal buildings, among others. Similarly, a downgrade or outright blacklist will mean very high premiums due to high risk levels.”

Furthermore, the AON Chairman cautioned that if Nigeria is blacklisted from Lloyd’s market, operators might still have a difficult time getting their aircraft insured because the alternative is the Chinese or Russian markets which might find it hard to absorb them due to the fact that Lloyd’s has blacklisted them.

He said, for instance, if Nigeria is blacklisted, the premiums would rise by 300 per cent due to the high risk, adding that even the national carrier of Russia, Aeroflot Airlines, has 98 per cent of its risks underwritten by Lloyd’s of London market while two per cent is retained locally in Russia; so is Air China.
Meggisom admitted that Nigerian airline operators are not keeping to payment dates, adding that domestic carriers have a four-month backlog on payment.

He said it would be funny to wait until there is an incident before the airline tries to pay its premium.
AON boss called on the aviation ministry to come to their aid

“We, therefore, use this medium to call on the Minister of State for Aviation, Senator Hadi Sirika, to as a matter of urgency come to the aid of domestic airlines operating in the country by forging a joint working group with the Federal Ministry of Finance and the Central Bank of Nigeria (CBN) to brainstorm and cross-fertilise ideas on how the nation can take exigent steps, forestall a potential backlash on the Nigerian economy and totally avoid the downgrade/blacklist in the interest of safety and economic prosperity of the country.”