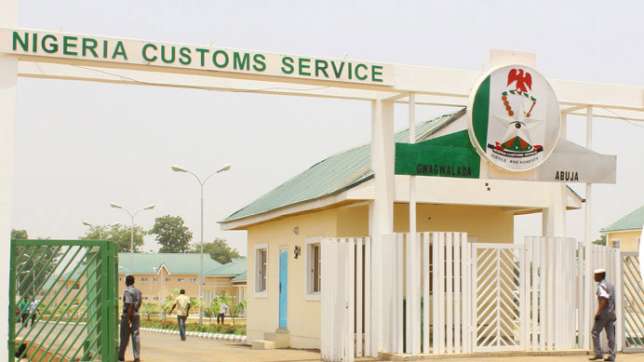 As of the time of filing this report, the facilities at the international wing of the Murtala Muhammed Airport, Lagos were still locked.

Customs sources at the airport said the exports warehouses were sealed off after a plot to export the contraband to China by some Chinese nationals was uncovered.

The NCS investigation, it was learnt, revealed that Chinese nationals in the country were using Nigerian seaports and airports to smuggle Kenyan treasures to their country.

Some Chinese nationals have been arrested in connection with the seized items.

The foreigners were allegedly planning to use Nigerian freight forwarders to ship the items to their country.

The Kenyan government is said to be worried over the continued smuggling of donkey skins out of the country by foreign nationals.

The spokesperson for NAHCo, Mr. Tayo Ajakaye, could not comment immediately on the matter.

The NCS had in June arrested two Chinese nationals over an attempt to smuggle 678 pieces of elephant tusks and other prohibited items out of Nigeria.

The other prohibited items seized from the suspected smugglers included eight sacks of pangolin weighing 381 kilogrammes.

The suspects’ action was said to have contravened the Schedule 6 of the Nigerian Exports Prohibition List, which prescribes as illegal any attempt to export wild animals and endangered species.

Allannah said the impounded items would be handed over to the National Environmental Standards and Regulations Enforcement Agency.

He said, “Eagled-eyed Customs officials at the Export Shed of the MMIA intercepted the prohibited items while they were being taken out of the country by the Chinese who claimed ownership of the items.

“Upon physical examination of prohibited items, the Chinese were subsequently arrested and are still being held in custody.”