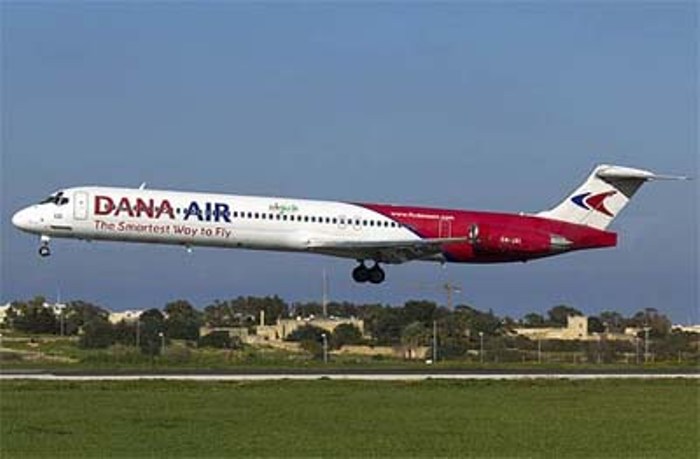 Dana Air has announced that, it will resume scheduled operations from Lagos to the Sam Mbakwe International Airport, Owerri, from July 11, 2016.

The addition of Owerri brings the current route network coverage of the airline to five destinations – Lagos, Abuja, Port Harcourt, Uyo and Owerri.

The Accountable Manager of Dana Air, Dana Air, Obi Mbanuzuo said: “We are greatly delighted to extend our operations to Owerri. Owerri is fast becoming a hub in Nigeria, and we feel very proud to once again extend our award winning service to the good people of Owerri, as we look forward to expanding our operations even further.”

Mbanuzuo while assuring business and leisure travellers of pocket-friendly fares said that from the July 11, 2016, we will operate one daily flight from Lagos to Owerri at 7.02am with a return flight at 9am. Commenting further, Obi said the weekend schedule will be slightly different with a flight at 4.02pm and a return at 5.40pm.

The airline also has launched a promo for members of its frequent flyer program on social media. The promo tagged: ‘Make a wish,’ strictly on twitter; entails guests to make any wish ranging from free tickets, extra baggage allowance, discounts, access to lounge, free miles, and the wish will be granted by the airline.